A Perthshire distillery active in the 1820s, which also went by the name Dunkeld.

Birnam distillery (also known as Dunkeld) stood beside what was then the main road between Perth and Inverness – the A9, which now bypasses the town of Birnam.

To the east of the old site is the Inchewan Burn, which flows eventually into the Tay. Water for the distillery would have been drawn from the burn via a lade.

The woods that surround the village of Birnam are immortalised in Shakespeare’s Macbeth: ‘When Birnam Wood shall come to Dunsinane Hill’. 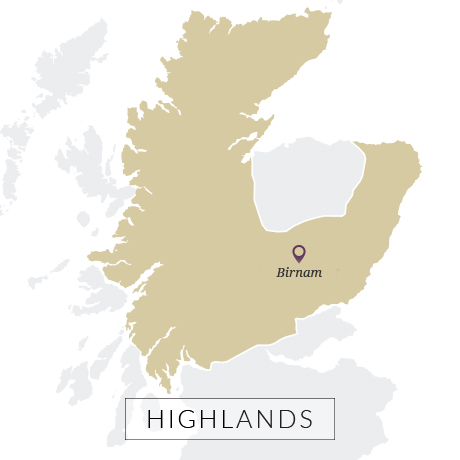 Distilling at Birnam began in 1821 under R. Stevenson and Co. but stopped that same year.

Birnam was reopened by James Duncan and Co. in 1825 but the company was dissolved two years later. David Burns swooped in to save Birnam, resuming distilling duties until 1831 when he too was sequestrated.