The lost distillery of Fort Augustus was also known as Glentarff in the 1850s.

A distillery with an on-off existence in Fort Augustus, a locality with several claims to fame. It sits at the most southerly point of Loch Ness, has a string of vital locks on the Caledonian Canal and was the terminus for some years of an unsuccessful railway line that was originally meant to connect Fort William with Inverness. It also had one of the biggest Catholic seminaries and boarding schools in Scotland, which closed many years ago, was later tainted by scandal and has now been largely converted into timeshares.

Fort Augustus distillery’s exact location is uncertain but it seems likely that it sat close to the River Tarff, which flows into Loch Ness at Fort Augustus. Originally the distillery operated for a total of eight years from 1826 to 1834 under three different licensees. It then lay moribund for many years until it was re-opened in the 1850s under the name Glentarff, only to close finally in 1858. As with so many early distilleries, information on buildings, stills and output is unavailable. 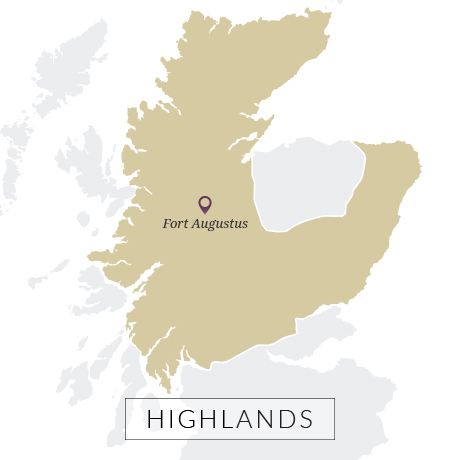 Fort Augustus distillery was first licensed to Messrs Clark and MacKenzie in 1826, then to John Clark and Co. from 1827 to 1831.

In 1832 it was under the operation of Donald MacDonald, but closed again two years later. A long period in mothballs ensued until sometime in the 1850s, when it was renamed Glentarff and re-opened by John Johnstone and Co., but the firm was dissolved in 1858 and the distillery closed then or soon after.