Also called Rubislaw, Spademill and Glenburnie, this was an urban distillery in Aberdeen that survived for nearly 40 years.

It seems the distillery sat beside the Rubislaw Burn on the east side of Forest Road, between Queens Road and Beaconsfield Place, now a genteel residential area of granite-fronted houses.

An 1880s map shows nothing on the site but, interestingly, that the Rubislaw Burn was dammed slightly upstream from Forest Road, possibly to supply a lade to the distillery. 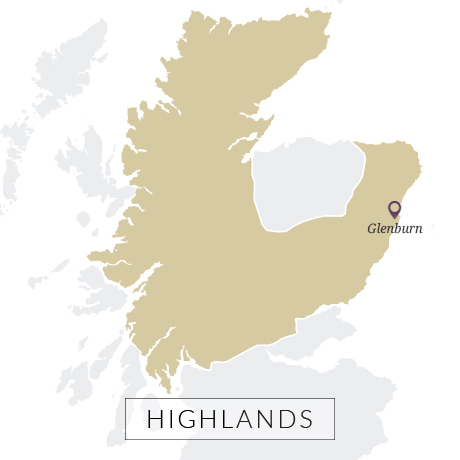 In 1816 Glenburn distillery was founded and licensed to James Dunbar, who ran it for just one year. It was picked up by Robertson, Brown and Co., but the company was dissolved just two years later.

In 1818 Glenburn was licensed to Brown and Co., which ran the site seemingly uninterrupted until 1837, when it was mothballed.

Glenburn was reported as operating in 1851, while in 1852 it was under the stewardship of Brown, Farquhar and Co.. No date is given for its closure.