Lost Speyside distillery located near Huntly, which was also known as Pirries Mill or Peiries Mill.

Huntly distillery sat on the east bank of the River Bogie close to the town of Huntly and its medieval castle, both being on the west bank.

On current maps, Pirries Mill is today a large farming complex close to the Bogie and with a feeder stream running through it. The original distillery building or buildings were doubtless demolished years ago so pinpointing its exact location is not possible. 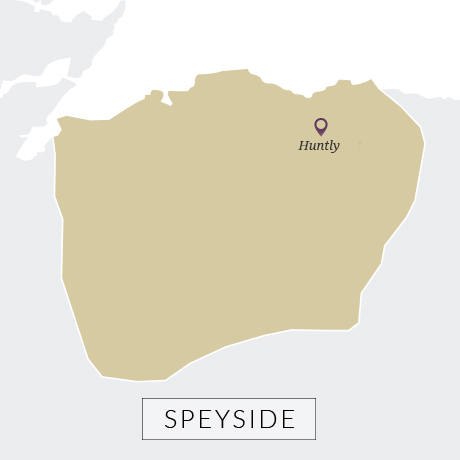 The distillery opened in 1824 under the Huntly Distillery Co., but it was possibly mothballed not long afteward. It was restarted in 1832 by John Robertson & Co., which distilled for a remarkable 28 years until 1860 or later. However, Huntly was reported as ‘not operating’ in 1867 and has not distilled since.