An urban distillery in Glasgow’s East End that was swallowed by the establishment of Alexandra Park.

Few cities can match Glasgow for change and redevelopment over the decades and centuries. Hence, any traces of Kennyhill have long since vanished. Its OS coordinates place it on the west side of Alexandra Park very close to the M8 motorway and the railway line linking Alexandra Parade with Barnhill and Springburn. Indeed the distillery site may be under the M8.

Kennyhill was among several Scotch distilleries that took the plunge and installed a Coffey still in February 1847. Unusually, it seems the distillery’s eventual demise 20 years later was not sequestration but because of plans to expand Alexandra Park. 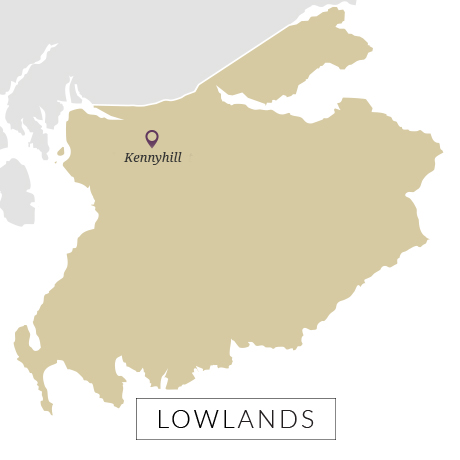 Glasgow’s Kennyhill distillery was founded by Walter Stewart jun. & Co. in 1827, although the firm was dissolved just four years later.

Distilling resumed in 1832 under the partnership of Walter and Robert Stewart, which installed a Coffey still in 1847. The partnership lasted until 1866 when Kennyhill was demolished under plans to extend Alexandra Park.