This lost Midlothian distillery was active for around five years at the start of the 19th century.

Stobs distillery (also spelled Stobbs) was located just south of a Midlothian farm of the same name, half a mile south-east of Gorebridge, and seven miles east of Edinburgh. There was a small burn beside the distillery – its likely water source – that flowed down to join the Gore Water that in turn flowed into the South Esk.

Today two cottages sit across the road from where the distillery sat, although there is scant trace of it. The burn is still on current maps. 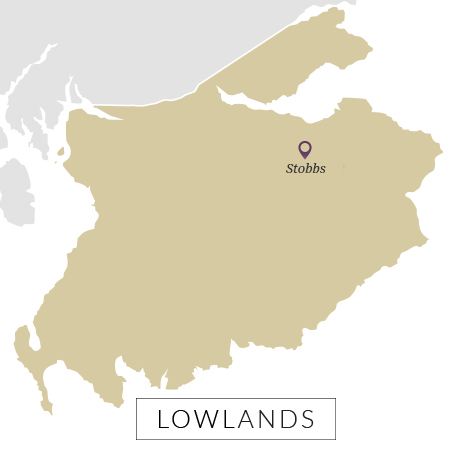 The distillery was established some time before 1820 and distilling continued there under several licensees until 1825. The site later became Stobs Brewery which was still noted on a map of 1854.

The distillery was first licensed at some point before 1820 to Stobs Distillery Co., which was dissolved in 1820. Distilling continued under John Henderson, and in 1821 Stobs was licensed to John Manuel, then to John Manuel Jr. & Co. The company was later sequestrated in 1825 and Stobs distillery closed.

Some time later it became Stobs Brewery, which was still noted on a map of 1854.