A distillery at Dunbar, East Lothian, that distilled from 1798 until the mid-1830s.

The West Barns distillery was located on what is today West Barns farm, west of the village also known as West Barns. Just south of the A1087 Edinburgh Road, the site sits beside the Biel Water on its north-eastward flow to the North Sea. Ordinance Survey maps of the area show what appears to be a lade that may have supplied water to the distillery. 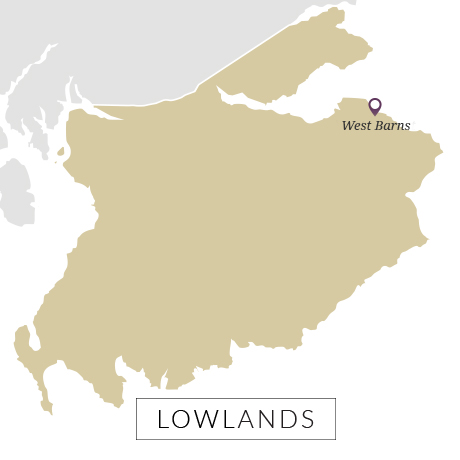 The distillery was first licensed to Messrs Taylor & Walker in 1798 but they ceased distilling the following year, leaving West Barns silent for over a decade.

The licence later passed to Andrew Taylor who remained in charge until the distillery’s closure in 1833. West Barns was converted to a brewery and later a maltings, while the farm remains active to this day.