Hazelburn is one of three styles of single malt made at Springbank distillery in Campbeltown. While the bulk of the distillery’s output is concentrated on producing the Springbank malt, 10% of its production time is dedicated to creating the heavily peated Longrow, and a further 10% to the triple-distilled Hazelburn.

By using unpeated air-dried malt and triple distillation on two stills, the resultant spirit is light, fruity and subtle. It is currently available in 10- and 12-year-old expressions.

In the past Hazelburn has been released in limited numbers at a variety of ages and, as with all bottlings from J&A Mitchell, Hazelburn is neither chill-filtered nor coloured and is bottled on-site at 46% abv unless otherwise stated. 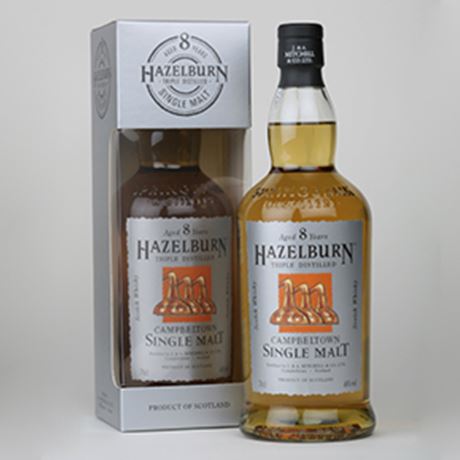 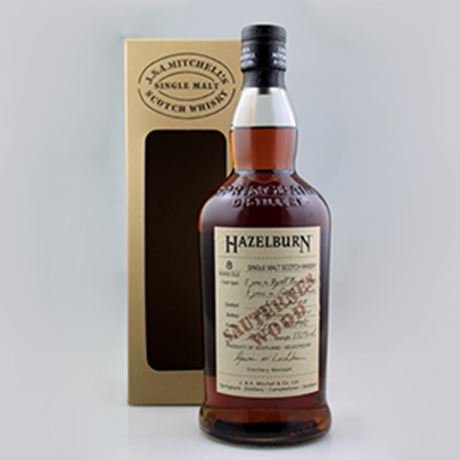 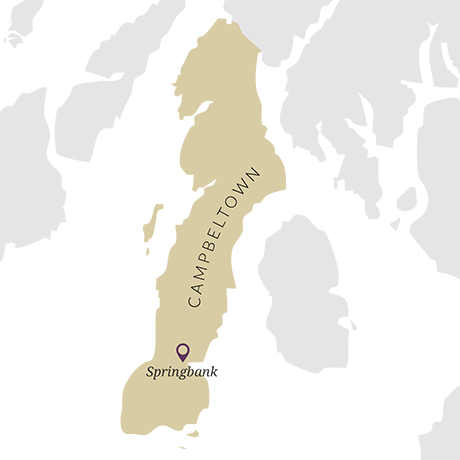 The Hazelburn single malt is named after a former Campbeltown distillery that ran from the early-18th century until 1925, but in its short lifetime grew to become the biggest in the area.

Springbank distillery, itself licensed since 1828, first began producing triple-distilled spirit in 1997 and the first Hazelburn whisky bottled in 2005 as an 8-year-old. Three different labels were created to mark the brand’s first edition, each featuring a different aspect of Springbank: its maltings, stills and casks.

The core range now also features 12- and 10-year-old expressions, which were introduced in 2009 and 2014 respectively.