Longrow is a heavily-peated single malt made at Springbank distillery in Campbeltown, which also produces the Hazelburn and Springbank malts.

Longrow’s heavy, smoky character is thought to reflect the style produced in Campbeltown during its Victorian heyday. Its identifiable flavour is derived from the heavily-peated malted barley, but also from Springbank’s direct-fired wash still and slow cooling through the spirit still’s worm tub.

Its core range is comprised of three expressions: Peated, Red and 18-year-old. Longrow Red is finished in a different type of red wine cask each year, and bottled at cask strength.

As with all bottlings from Springbank distillery, Longrow is non-chill-filtered, free from added colour and bottled on site at 46% unless otherwise stated. 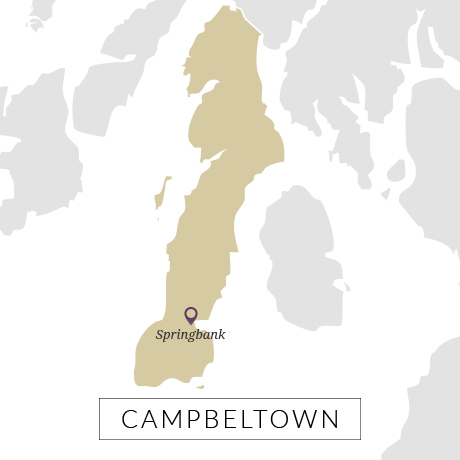 Springbank’s heavily-peated expression takes its name from the lost Campbeltown distillery founded by John Ross in 1824, but which closed in 1896.

Springbank, which was licensed itself in 1828 – just four years after Ross built Longrow – began distilling heavily-peated spirit in 1973.

Longrow was first introduced by Springbank with a phenolic content of up to 50ppm. It was a mélange of ex-Bourbon and ex-Sherry-matured spirit that gained a fanatical following.

Since its introduction, Longrow has been released under a variety of ages and vintages, including the forerunner to the current Peated expression, the no-age-statement ‘CV’.