A smoky, oily blended malt described as the ‘ultimate distillation of Islay’.

Born on the island of Islay, blended malt Big Peat is a smoky, oily whisky, with sweetness from Caol Ila, the fruitiness of Bowmore, a medicinal quality from Ardbeg and an earthy tone from Port Ellen.

You’ll notice Big Peat through its characteristic fresh, salty and clean nose, which also has a damp, earthy element. The palate offers ash, sweet tar, beaches and smoking chimneys, while the finish is long with salty, tangy liquorice, smoke and bonfire ash-likeness.

There is no caramel added to Big Peat and each expression is non-chill-filtered before being bottled at 46% abv. 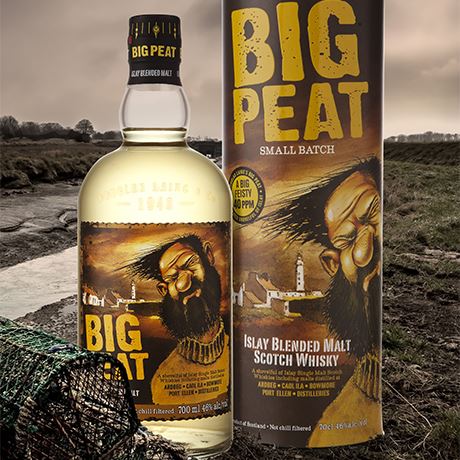 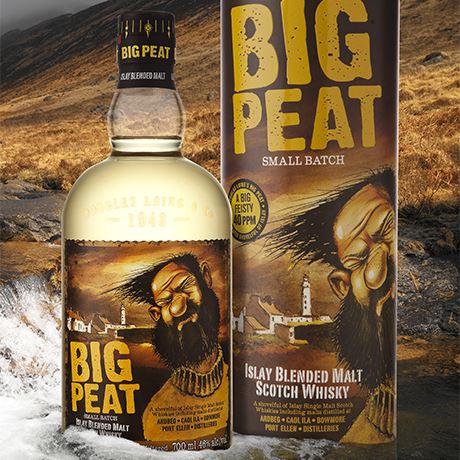 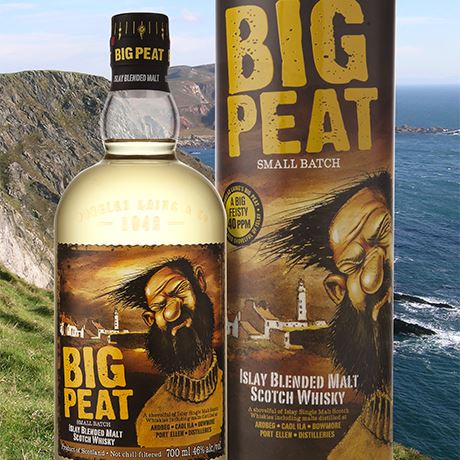 Big Peat was the first whisky in Douglas Laing’s Remarkable Regional Malts series, which launched in 2009. The idea behind the brand was to offer whisky drinkers the ‘ultimate distillation of Islay’.

Each year, Big Peat launches a Christmas Limited Edition expression, which is bottled at natural cask strength – around 53% abv.

In 2016, Douglas Laing released its first Fèis Ìle Big Peat blended malt – a run of just 500 bottles at 48% abv. Despite the small volume, the whisky was sold online via Douglas Laing’s website, during the Islay Festival and globally through the company’s distribution partners.

In 2017, Douglas Laing produced another Big Peat Fèis Ìle featuring the faces of more than 300 of Big Peat’s ‘pals’, who were asked to submit photos imitating the ‘handsome’ protagonist online over a two-week period. The whisky was again bottled at 48%, with a bottle run of 500.

There have been a line of limited edition Big Peats over the years, including an age-stated edition, a 10-year-old, released in 2019 to commemorate its 10th anniversary.