The company also bottles and markets an Exceptional Single Casks range, which includes Provenance and Premier Barrel Single Malts, as well as the flagship Old Particular and Xtra Old Particular brands, including both malt and grain bottlings.

Douglas Laing already owns one distillery – Strathearn in Perthshire, acquired in 2019 – and will soon operate another, a new-build £10.7m plant in Glasgow. 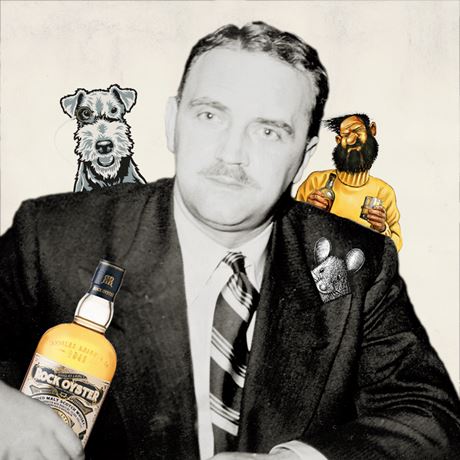 Until 2013 brothers Fred and Stewart Laing worked together, heading up the family bottling company, before deciding to split the company’s assets and go their separate ways.

Cara is the third generation of the Laing family to be involved with the company, which was founded in 1948 by her grandfather, Fred Douglas Laing, who blended his own whisky and established a fillings programme with many Scottish distilleries, a practice which continues to this day.

Fred Laing became a trainee employee with Whyte & Mackay Distillers in his native Glasgow after leaving school, going on to work with White Horse Distillers before joining his father and brother Stewart in the family firm in 1972. Their father died in 1982. Over the years, the focus of the business changed from exporting blends to bottling single malts, principally for the UK market.

In July 2017 Douglas Laing & Co revealed plans to build its own £10.7m distillery in Glasgow and, in October 2019, it announced the acquisition of tiny Perthshire malt distillery Strathearn.