The image of Mary Queen of Scots on a prancing horse after landing at the port of Leith in 1561 became the constant design motif for Highland Queen blended Scotch. It has appeared on every label since its launch in the late 19th century, even after a change in ownership.

Highland Queen was introduced by Leith-based whisky blender Macdonald & Muir in 1893 and rapidly became the company’s flagship brand. The company took inspiration for Highland Queen from its proximity to the port of Leith, where Mary Stuart (later Queen of Scots) landed in 1561.

First distributed locally, Highland Queen soon became a household name in markets around the world as Roderick Macdonald spread the word for the brand overseas, regularly sending orders back to Leith.

In 1924-5 it was one of a handful of blended Scotch whiskies selected for sale at the British Empire Exhibition, held at Wembley, London. During this period and despite Prohibition, it became very popular in the US being ‘transhipped’ by importers from Nassau, St Pierre and Miquelon. It was also popular in Canada and Australia.

After the Second World War, in the face of intense competition in the blended Scotch markets, Macdonald & Muir renewed its focus on the UK market but also explored markets often overlooked by the big industry players, such as Finland and Venezuela. The brand was relaunched with new packaging, presentation and label design in 1976.

In 2008, The Glenmorangie Company (as Macdonald & Muir had become) sold Highland Queen and other brands to Picard Vins et Spiriteux, which proceeded to repackage, redesign and extend the brand range to its current corpus. 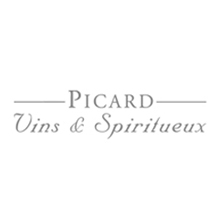