The biggest, and most iconic, blended Scotch whisky is recognisable the world over.

Johnnie Walker is one of the most instantly recognisable whisky names in the world, and the brand is the global best-selling Scotch, retailing close to 20m cases per annum, and being declared the most valuable premium spirit brand on the planet.

For many years Johnnie Walker offered Red Label and 12-year-old Black Label variants, but more recently the portfolio has been significantly expanded, and now also boasts Double Black (richer and smokier than Black Label), Gold Label Reserve, the 18-year-old Platinum Label and Blue Label. Blended malt Green Label has been reintroduced, and a succession of experimental releases under the Blender’s Batch has been seen in recent years.

Johnnie Walker also has ‘Houses’ in a number of key Asian cities, such as Shanghai, Beijing, Mumbai, Seoul and Taipei, described as ‘multi-sensory embassies for luxury blended Scotch whisky’. 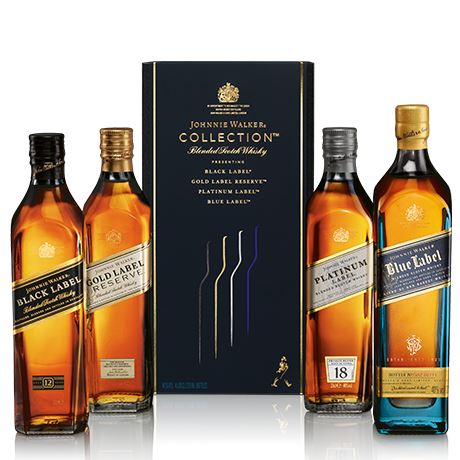 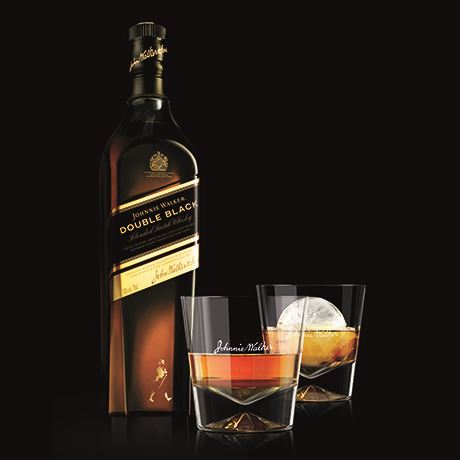 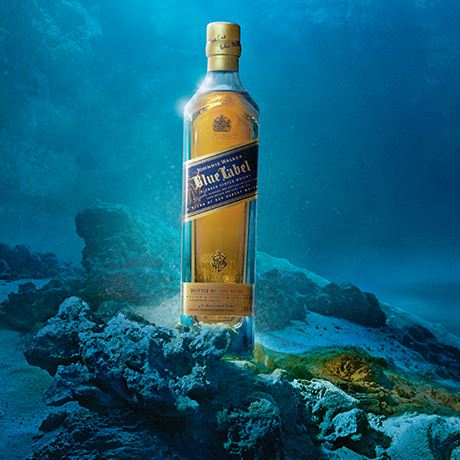 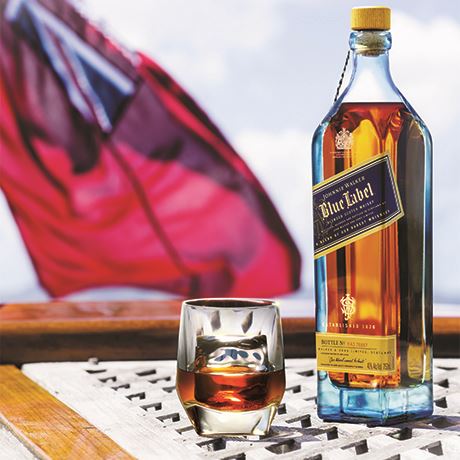 Taken at face value, the much-used advertising strapline ‘Born 1820 – still going strong’ implies that the whisky originates from that date, but it was actually a year earlier that 14-year-old John Walker made his first steps towards building an iconic whisky brand when he sold the family farm.

Walker opened his first grocery business in Kilmarnock, Ayrshire, with the proceeds and eventually began to sell and make whisky, but it wasn't until 10 years after his death in 1857 that his son Alexander introduced the company’s Walker’s Old Highland Blend, the whisky that was the forerunner of Red Label and Black Label, created in 1909.

By that time, the unusual square bottle, introduced by Alexander Walker in the 1860s, and its slanting label were already familiar to consumers, and in 1908 cartoonist Tom Browne drew the ‘striding man’ figure which through various incarnations has remained a key element of the brand’s imagery.

John Walker & Sons acquired Cardhu distillery on Speyside in 1893, and the firm became part of the Distillers Company (DCL) in 1925, with DCL being acquired by Guinness during 1986. Guinness subsequently merged with Grand Metropolitan to form Diageo in 1997.

During the mid-1950s Johnnie Walker took its place as the world’s best-selling whisky, a position it has occupied ever since thanks in part to major investments in marketing. These have included the £100m ‘Keep Walking’ campaign.

Blue Label was added to the Johnnie Walker line-up in 1992, with Blue Label King George V introduced in 2008. Double Black was released in 2011, followed a year later by the Gold Label Reserve and Platinum Label variants.  Having been absent from UK outlets since 1977, Red Label made a return to its home market in 1983, and was relaunched in 2013.

Johnnie Walker had retained a link to its ‘home’ town by being bottled in Kilmarnock, but Walker’s bottling plant there closed in 2012, with production switched to Diageo’s bottling facilities at Leven in Fife and Shieldhall in Glasgow.

In September 2015 Diageo unveiled Johnnie Walker's biggest global marketing campaign to-date. Named 'Joy Will Take You Further', the campaign is based on months of commissioned research into consumer behaviour and builds upon the brand's long-running 'Keep Walking' message.

In early 2016, Johnnie Walker Green Label – a blended malt aged for 15 years – was reintroduced four years after being axed from the range everywhere except Taiwan.

Recent years have seen a spate of new releases under the Walker name, including White Walker in association with TV show Game of Thrones, a series of ‘experimental’ Blender’s Batch launches, and an exploration of closed distilleries under the Johnnie Walker Blue Label Ghost & Rare banner.

In 2018, Diageo revealed plans to spend £150m on upgrading tourism facilities, including a new brand home for Johnnie Walker in Edinburgh, and improved visitor centres at Clynelish, plus Glenkinchie, Cardhu and Caol Ila, representing regional styles present in Walker.

The three-storey Johnnie Walker Experience, located in the former House of Fraser department store on Princes Street, will include facilities exploring Walker’s history, a rooftop bar, an events space for cultural activities and a hospitality academy.