Does yeast affect the flavour of whisky?

Alongside water and cereal grains, yeast is one of the three raw materials permitted to make Scotch whisky – but can it have an impact on the flavour of the spirit? It depends on whom you ask, as the Whisky Professor explains. 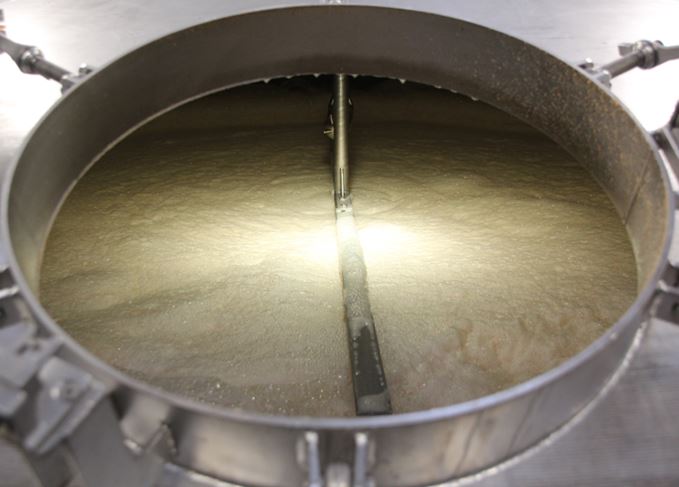 Function or flavour?: Yeast’s primary role in whisky-making is to ferment sugar and produce alcohol

I was visiting a Bourbon distillery in Kentucky recently and was told how important yeast was in the making of their flavour. But, when I asked the same question in Scotland, I was told that yeast didn’t make a difference at all. Who is right?

Complex question: When it comes to yeast and whisky, there’s no easy answer, says the Prof

Thanks for your question. It’s not as simple as who is right. You need yeast to make whisky. It is one of the three elements permitted in law to make Scotch. The question is: does the yeast used have a direct effect on specific flavours in the new make spirit? The Scotch (and Irish) whisky distillers appear to take a different position to their colleagues in America and Japan. Canada sits in the middle.

In America, Bourbon producers will use strains unique to their distillery. In some cases, the strain may be used to make a specific brand. Four Roses takes it further than most, having five strains of yeast and two mashbills, giving 10 very different new make characters, which are aged separately and then blended depending on the expression.

The same applies to Japan, where yeast and different distillates widen the portfolio of single distilleries, giving diversity for blending.

Maybe – and it’s just a suggestion – the fact that there are considerably more distilleries in Scotland means that diversity in flavour terms can be achieved through other means, but that is another area of debate. Let’s just talk about yeast, baby [Are you feeling all right, Prof? – Ed].

Yeast is a single-celled fungus which comes in a multitude of different species. Yeasts are all around us. It even played a vital role in the most recent installation in London’s Tate Modern Turbine Hall, where the movement and growth of a flagon of yeast generated all of the images, sounds and movements of the piece.

Distillers might not need to go to such extremes, but they have benefited from yeast’s ability to mutate and to be bred to produce specific aromas – apple for example, or mango, or rose. Yeast can be made to work for your specific conditions.

Bubbling under: Yeast is now less regarded as a flavour creator in Scotch, but could that change?

The species isolated by the drinks industry is called Saccharomyces cerevisiae, but there are many strains of this, all of which give different flavour profiles – a Champagne yeast will be different to a red wine yeast, while the multitude of yeasts used by brewers are key to the huge range of different flavours produced.

In all cases, the yeast eats the sugar and produces alcohol, carbon dioxide and heat, but in this process flavours are created. When yeast is added to the wort in a distillery, it starts to suss out its new environment – this is called the lag phase.

It then starts to ‘bud’ or reproduce asexually. The more sugar there is, the faster it grows and the fermentation speeds up. Alcohol is produced, carbon dioxide is vented off and the heat rises.

Yeast is also continually breaking down sugars and proteins to amino acids – the building blocks of flavours. This chemical soup is the basis of individual flavour, and yeasts can be bred to accentuate specific elements within this.

Eventually, the sugar is used up and the yeast dies. Distillers can hold onto the wash in the washback before sending it to the stills, as more flavours are now being generated by lactobacillus, but that is also a different area.

A whisky distiller wants a yeast which doesn’t clump together (flocculate), can cope with high sugar content, is temperature-tolerant, and can continue to work in a relatively high-alcohol environment.

Low flocculation means that all the sugar will be converted to alcohol and also that there are no lumps of yeast cells in the wash which might burn onto the steam coils in the still and produce acrid aromas.

The strain must also be able to convert not just sucrose, glucose and fructose, but maltose as well. It has also got to be able to tolerate alcohol levels of 8-9% abv in single malt (higher for corn or wheat distillates) and continue to work up to 34˚C.

In Scotland, most distillers use the M strains of S.cerevisiae and have done since the 1950s. Before that, distillers had to use their own strains – there was a DCL (Distillers Company Ltd) yeast, for example – or a combination of a distiller’s yeast and brewer’s yeast strains, often obtained locally. The distiller’s yeast gave alcohol, the brewer’s contributed flavour and mouthfeel.

Today, a new super-strain of M, called MX, has the same qualities as the old strain, but is quicker and more efficient. Mauri – originally from a baker’s yeast – is also used.

Brewer’s yeasts have been phased out almost totally. One reason for this was the consolidation of breweries from the 1960s onwards, the centralisation of yeast manufacturers and the rise of lager, which uses a different strain to the ale yeasts which distillers had used.

From this period on, efficiency was key to Scotch distillers and flavour creation shifted away from yeast to other parts of the process – fermentation time, for example. The M strain was ideal to give this neutral background flavour-wise, but to still be highly efficient in creating alcohol.

In America and Japan a different philosophy still held sway: that yeast should be a major contributor to the creation of specific flavours. Their argument is that, if you are only allowed three ingredients – water, barley and yeast – you should maximise the possibilities within each.

The Scottish distillers think otherwise, which is why, when you do ask the question about yeast, the standard answer is: ‘We don’t think it makes a difference.’

Has this approach reduced the potential flavour parameters of Scotch? It is not for me to say, but I have heard that a number of distillers in Scotland – both large and small – are now looking actively at yeast as a flavour tool, and trials are under way. I’d say watch this space.