Fixation on wood has gone too far

Wood is an indispensable component in creating the flavour and characteristic of whisky, but producers are relying too heavily on the material, believes Angus MacRaild. 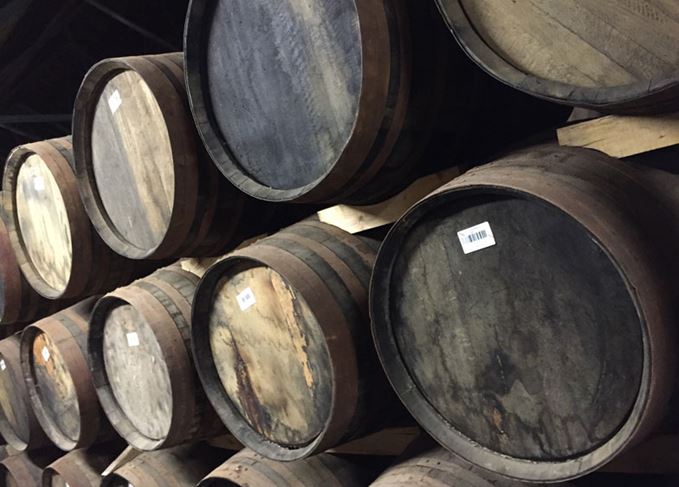 ‘The Wood Makes The Whisky’ is Gordon & MacPhail’s latest slogan, but in reality it’s a long established notion held and espoused by swathes of the mainstream whisky industry. It is the philosophy at the root of the massive, producer-benefiting innovations in wood technology that have emerged over the past two decades.

Everything from the age of trees to the construction of staves; the length of seasoning to the heat treatment of casks; the palletisation of warehouses to the rejuvenation practices of ‘tired’ wood – all have seen ‘improvement’. The science of cask creation and management has allowed whisky companies the greatest influence over the speed at which they make their product, and it is intimately tied to the dwindling emphasis placed on the importance of the distillate.

Of course, casks and maturation are essential to the creation and character of whisky. What we have arrived at though is a situation where the reliance on wood to give flavour to distillate is massively lopsided.

Modernisations in the production of whisky through the 1970s led to a homogenisation of Scottish distillates. This character void has been filled by an over-reliance on wood to give flavour – so much so that the official language of whisky has evolved with it to reflect this. Emphasis on ‘vanilla’, ‘sweetness’ and ‘quality wood’ automatically means first-fill Bourbon barrels, though I am not a proponent of the notion that Scotch is undergoing ‘Bourbonisation’. I think this theory is a distraction from the wider issue of homogenisation, which has been going on for the past three or four decades.

This near-religious contemporary focus on wood is symptomatic of the fact that whisky has moved away from being a drink where the identity of the distillery is felt in equal harmony with the casks it was matured in. We associate maturity with wood flavour rather than with integration, balance, complexity and the tertiary aromas and flavours that can only be derived from lengthy interactive maturation processes.

The old idea that ‘refill is king’ and the best casks matured whisky without obscuring its inherent personality is a diminishing notion among distillers. For much of the mainstream industry, this has arisen through a desire to make whisky in greater quantity at greater speed and to achieve this, a heightening of the efficiency and activity of wood was seen as essential.

There remain exceptions of course. Laphroaig has been one of the most vocal advocates of first-fill American oak barrels, and this philosophy is glaringly evident in their whiskies. It was matched, however, by an increase in their peating levels which created a new kind of Laphroaig – one still distinctive in bottle, but bearing little resemblance to its classic ‘fruit-heavy’ style.

Something similar might be said for most of Scotland’s traditionally peated malts. And there are examples of good modern whiskies that embrace wood technology – Glenmorangie has done it with admirable honesty. I don’t generally enjoy Glenmorangie’s wood-centric style but at least the company has always been clear that it wants its products to be very much about the wood.

This is perhaps the crux of the matter: honesty. I find it greatly disheartening to hear producers harp on about the wood while still banging the tired old drum of traditionalism. It is a lie.

Wood is only one part of the story but producers cannot truly speak of the importance of fermentation in the creation of whisky flavour when virtually all distilleries now use the same two strains of distiller’s yeast. This is laughable to the makers of wine, beer, Cognac, Armagnac, rum, mezcal, Tequila and many of the new generation of distillers in America and the rest of the world. They cannot speak honestly about barley, locality of peat or malting techniques when this part of the process has long been centralised and standardized, with the varietals of barley all designed solely for their yield.

As long as the core part of whisky making – the creation of the distillate itself – is honed in the name of efficiency to the point of homogenisation, then the language of promotion, marketing and education will always revert disproportionately to wood.

No one doubts the significance of wood, but I long for the day when it is revised in proportion to the immense importance of fermentation, raw ingredients and methodology.

Once again, to the new generation of Scottish distillers: the responsibility lies with you. The mainstream industry won’t do it.