Where does the word ‘hogshead’ come from?

A hogshead, or ‘hoggie’, is a type of cask used to mature Scotch whisky – essentially a reconstructed barrel fitted with extra staves. Though it’s widely recognised among whisky drinkers, few know how it came to have such a curious name. The Whisky Professor has one theory, of which Harry Potter might approve. 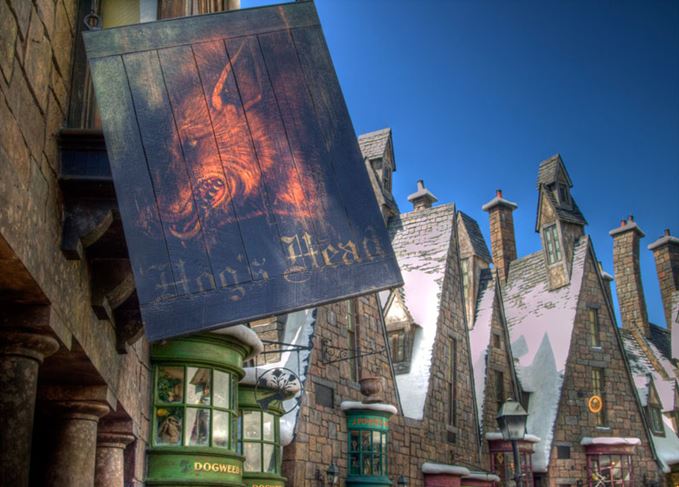 In my travels I have often been asked about the origins of the term ‘hogshead’. I know what size of cask it refers to and that it is an old term, but have been unable to discover why or where this unusual name originated. Perhaps you can help?

Ancient origins: The Prof believes the term ‘hogshead’ could be rooted in many languages

It was whisky chronicler Aeneas MacDonald who wrote that ‘the origin of whisky is, as it ought to be, hidden in the clouds of mystery that veil the youth of the human race’.

I have to confess that the same applies to the etymology of the word ‘hogshead’, but, if you indulge me, I can outline some of the theories which have sprung up around this most mysterious of terms.

You are correct in saying that it is of ancient origin. In Gregory’s Chronicle of London (1460) there is a reference to ‘hoggys hedys of wyne’, while in 1483, a statute from the court of Richard III specified that a ‘hogshead’ referred to a wine cask containing 63 ‘wine-gallons’ [52.5 Imperial gallons or, in metric terms, 243 litres]. In time it would also be fixed as 54 gallons [545 litres] of beer or cider.

This standardisation of the size suggests that it was a term which was already in common usage – and open to exploitation by traders.

In time, the term passed into common usage. In Henry IV, Part 2 [1596-99], Falstaff is lampooned as being ‘…a huge full hogshead. There’s a whole merchant venture of Bordeaux stuff in him’, while the remarkable Scot, Sir Thomas Urquhart wrote in his translation of Rabelais’ Gargantua and Pantagruel [1693], ‘let us go and break our fast… to fill the mill-hopper and hogshide of my stomach’. This has led to a debate as to whether ‘hogshead’ is a corruption of an older Scottish term hogshide or whether this is just Sir Thomas creating another new word. He did, after all, invent a universal language.

Size matters: Whisky casks come in a range of sizes, including barrel, hogshead and butt, to name a few

The etymology of the term was first investigated in the 19th century by Walter Skeat, who claimed that it was an English corruption of an older term of Germanic origin, meaning ‘ox-head’. In Dutch it was oxhooft, in Danish oxehoved, and oxhufvod in Old Swedish. The origin of the term, he believed, came from a tradition of branding the end of the cask with the head of an ox, which could also tie it in some way with bullenkop, the old German term for a measure of beer. There is no supporting evidence for this branding however.

Skeat’s conclusions have been challenged, as in Dutch the terms for a cask, hukeshovet and hoekshoot, were older. In addition, the Dutch for ox is os and not ‘ox’. Hogshead could therefore be a corruption of this old Dutch term.

There is, however, another possibility which lies closer to home. In Gaelic, tocsaid is the word for a cask and is itself is derived from tog, meaning ‘to brew’. Could the use of the term have gone the other way, from Gaelic, into English, and then Dutch?

There is one final intriguing lead. The prefix ‘Hog-’ appears regularly in J.K. Rowling’s Harry Potter books. The village of Hogsmeade has a pub called The Hog’s-Head where pupils from the nearby school of Hogwarts regularly indulge in under-age drinking.

In The Prisoner of Azkaban, Hogwarts was revealed as being ‘close to Dufftown’. Since the school was founded in the 10th century and Dufftown was only founded in 1817, to be strictly accurate it was close to the ancient settlement of Mortlach. Could wizards not only have given the monks of Mortlach monastery the secret of distillation, but also the word hogshead? I shall continue my investigations.

With many thanks for your excellent question,