The romantic ideology of a single cask whisky is attractive, yet too often the reality is let down by monotonous, sub-par liquid. With most whiskies blended for a reason, it’s time to stop idolising single cask whiskies and instead respect the skill of the blender, says Joe Rogers. 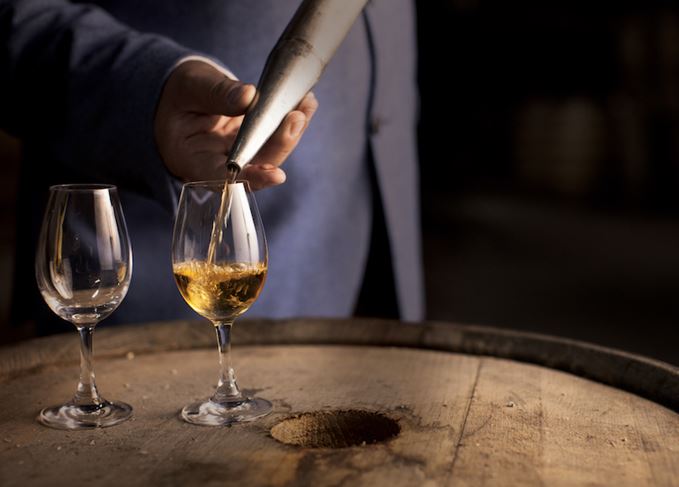 Ideology vs reality: Not all single cask whiskies should be bottled as such, argues Rogers

It’s an important coming-of-age moment for whisky drinkers, when we learn that single malt Scotch isn’t generally poured directly from cask to bottle. For many of us, this a Father Christmas-sized realisation. It can be disappointing to learn that a product that’s been sold to us as elemental and pure, to be revered and ritualised, actually comprises the contents of dozens of casks of spirit, chill-filtered and cut with Glaswegian tap water.

Our romantic notions about whisky manufacture, formed on a basic understanding of the process, are challenged and we are forced to confront stark, industrial reality. Your mum and dad were buying the presents all along, and your whisky was put together by people. If I have been the one to break these home truths to you, I can only apologise.

I believe that our desire is for whisky to be essential and natural, which is why we whisky nerds get misty-eyed when we read certain words on our bottles – non-chill-filtered, natural colour, cask strength and so on. These phrases play on our acquired ideas about purity and authenticity in whisky.

They promise the kind of pure experience that we’ve been taught to expect by marketing and the received wisdom of our fellow Scotch drinkers. The most potent promise of authenticity that a whisky bottle can bear is the claim that its contents come from only one cask.

The single cask expression, stamped with a birthday and a bottling date, is always an exciting prospect. The industry offers so little by way of transparency that the image of a lone Bourbon barrel or Sherry butt resting in the dunnage is a tacit promise of something concrete.

It implies a connection to the distillery, to the people who work there, and to Scotland. It also assures us that a particular expression will be super-limited, as even the largest casks will only yield 500 or so bottles, depending on the bottling proof. What it doesn’t guarantee, however, is that the juice inside the bottle will be any good.

Individual character: Whisky maturation is affected by numerous factors, so no two casks are the same

Now, I’ll admit that my day job selling whisky – separate from my side hustle writing about it and my hobby drinking it – has left me somewhat jaded about the claims made on whisky bottles. If you happened to catch me after a few Highballs, I might well tell you that single malt Scotch is a marketing ploy that got a bit out of hand and that ‘authenticity’ as a general concept was invented by ad-men in the 1980s. I’m not going to deny the allure of single cask bottlings, but I will argue that we need to be wary of assuming that those two words are a mark of quality.

The contents of a cask will mature differently based on an enormous number of variables: the size and provenance of the cask, its previous contents and condition, its position in the warehouse and the climate in and around that warehouse all play their part.

Not all casks are created equal, and there’s no guarantee that the contents of every one will mature into liquid that is amazing drinking on its own. Independent bottlers who trade primarily in single cask whiskies build their reputations on their ability to select casks with magic happening inside them, but nobody bottles gold 100% of the time.

I shall name no names, but there are plenty of ultra-limited, single cask, cask-strength, fully-leaded, high-octane releases out there – distillery bottlings and otherwise – that are a bit one-note or just plain ropey.

I’ve tasted cask samples that I assumed would be amazing, based on their origin and age, that were overly woody, or just too deep, old and murky to qualify as well-rounded drams in their own right. Such whiskies wouldn’t be much cop as single cask bottlings, but they can still be amazing if combined with other whiskies that provide them with structure and/or contrast.

A salty, rich Sherry cask so tannic that it tastes like a chair leg can provide ballast to a marriage that contains other, perhaps lighter whiskies and still go on to make up part of a great single malt.

An industry that rolled out only single cask whiskies might tick a lot of transparency and authenticity boxes, but it would be economically ruinous and its products would be wildly inconsistent. They’re not the ideal; they’re just one type of Scotch.

It’s always worth remembering the craftspeople who keep the industry alive. The vast majority of whiskies you or I have ever tasted were the result of someone who was very good at their job playing the qualities of individual casks against each other. There is a whole world beyond the single cask, and it is there that most of the great drams that have ever existed were made.

Joseph Krug, a legend in the Champagne world, was especially proud of his cuvées or non-vintage blends because he felt they were a true reflection of his skill as a winemaker, once remarking: ‘Krug cuvée is my baby. For vintage Champagne, I have to share the credit with God.’

A single cask in whisky doesn’t quite equal a vintage in Champagne, but there may still be a lesson to be learned from M Krug about the role of craft in the construction of our favourite drinks over chance and divine intervention.

Once again, I know single cask whisky can be great. However, I don’t agree with the way of thinking that values such bottlings as superior because they have seen less intervention from the whisky makers. There isn’t some Platonic form of a malt at each distillery that every expression is either close to, and therefore great, or far from, and therefore rubbish.

I believe that a balanced way of looking at single casks is not to think of them as the most single of single malt Scotches, but rather as one style of whisky. And, as always, we must be aware that we are being marketed to, and judge only the liquid in the bottle.