The Sazerac: An iconic whisky cocktail

As the city of New Orleans celebrates its 300th anniversary, Jake Emen examines a cocktail that irrefutably owes its existence to NOLA culture: the Sazerac. 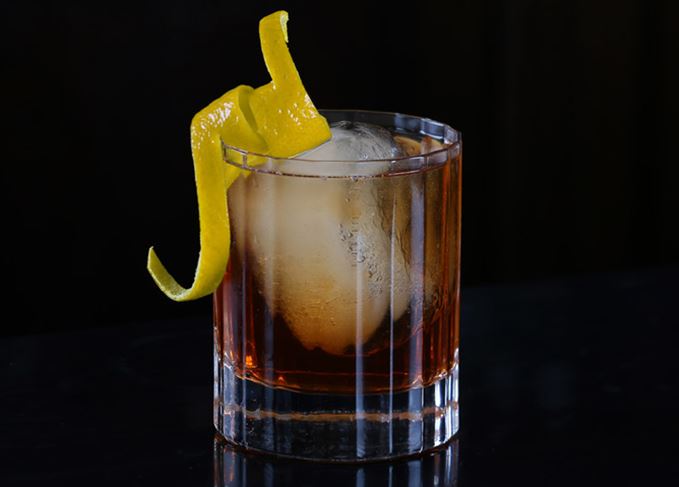 NOLA classic: The Sazerac is thought to have been invented in New Orleans in the mid-1800s

As whisky enthusiasts we’re not only always looking ahead to the next great thing, we're always also looking back, often decades at a time, to appreciate the well-matured drams in our glasses. As it happens, when it comes to cocktails, many of the very best also have the longest histories, and right there at the top among the Parthenon of whisky* cocktails is the Sazerac. As New Orleans is in the midst of celebrating its 300th anniversary this year, there’s no better time to explore the iconic cocktail and its origins.

While whisky is the more common vehicle for a Sazerac today, Cognac was the initial choice. The shift to whisky then came, as with most of our ancestors’ early drinking habits, out of necessity based on what was available. ‘Research indicates that Cognac was replaced with the less expensive and more readily available rye whiskey by the early 1870s, hastened by the Phylloxera epidemic in France which drove supply of Cognac down and prices up,’ Richards says.

The creation of the Sazerac itself predates that change of ingredients, of course. One timeline puts its creation to 1838, and attributes the drink directly to Antoine Peychaud, the eponymous creator of the bitters used in the libation.

According to Richards, ‘by 1852, a “coffeehouse” had opened in the French Quarter bearing the name “Sazerac House,”’ he explains. ‘It is believed that a commonplace cocktail of the era featuring brandy, sugar and bitters was being served with Sazerac Cognac at the Sazerac House, and thus the evolution of the “Sazerac Cocktail.”’ Around the same time rye began standing in for Cognac, absinthe was added as well.

Cocktail city: New Orleans in the late 1800s, the birthplace of the Sazerac among other classic drinks

There are still further differing opinions, though. ‘As far as where and when the Sazerac first appeared, lately it’s become a bit of a trick question,’ offers Alan Walter, creative director of Loa Bar in New Orleans. ‘It was widely accepted until recently that not only did the drink originate here in New Orleans, but that it was the first cocktail ever. As historian David Wondrich very ably showed, the Sazerac had very little to do with this place; it was co-opted and, as he puts it, there was lots of “corporate stuff and shenanigans involved.”’

In a seminar at the Tales of the Cocktail festival held in New Orleans, Wondrich claimed there were numerous Sazerac House saloons across the country, but he found no official mention of the cocktail itself until 1898. Murkier still, a patent application for a bottled version of the cocktail states it was being served as of 1895, though the recipe in question matches what legendary bartender Jerry Thomas called the Improved Whiskey Cocktail, which included maraschino liqueur but no absinthe, according to the 1876 edition of his now-revered cocktail guide.

Nevertheless, absinthe was locked into the recipe of what we now know as the Sazerac – until it wasn't. ‘Absinthe was outlawed in the US in 1912,’ Richards says. ‘Its place in the cocktail was therefore impacted until the debut, just after Prohibition ended in 1933, of the New Orleans absinthe substitute created by J. Marion Legendre called Herbsaint.’

Convoluted as that history may be, what is undeniable is that New Orleans became the longstanding home of the Sazerac, with the city keeping the libation afloat as a local specialty before the modern cocktail renaissance brought it to the global masses. So much so that in 2008, the city of New Orleans – a city rich with drinking history and the birthplace of numerous longstanding cocktails and drinking specialties – voted to name the Sazerac its official cocktail.

‘Apart from its undeniable longevity, the Sazerac cocktail and its ingredients embody the uniqueness and personalities of New Orleans, from the rye whiskey that made its way down the Mississippi River to New Orleans in the 1800s, to the use of one of the region’s staple crops – sugar – to the use of lemons brought to the city by Sicilian immigrants in the late 1800s, to the legendary bitters of a famous New Orleans pharmacist Antoine Peychaud and finally the absinthe substitute from yet another New Orleans pharmacist turned entrepreneur, J. Marion Legendre,’ Richards explains. ‘These integral ingredients so deeply connected to the iconic city create a symphony of flavours so delicately balanced that it defies comparison.’

Moving from Cognac to rye, adding in absinthe, substituting it for Herbsaint and then switching back to absinthe – while that sounds like a lot of turmoil for a single drink, the Sazerac has stood the test of time, actually changing relatively little in comparison to other iconic drinks. Compare it with a cocktail such as the Martini, which has been flipped on its head in terms of profile in relation to how it would have tasted originally. ‘The cocktail’s consistency is probably the real secret of its endurance,’ Walter says. ‘I don't believe it has changed much at all.’

Today, Sazerac cocktails may be made with either rye or Cognac, or sometimes a combination thereof. A rinse or dash of absinthe keys on the flavour of the drink, along with a sugar cube, Peychaud’s and sometimes Angostura bitters, and a lemon peel garnish. Viola, perfection in simplicity.

Of course, in the cocktail world, a great drink serves as a launching pad for further riffs and innovations. For instance, Loa serves up a variation with rum as its base spirit. ‘The recipe, like all standards, is a wonderful statement, and an excellent template,’ Walter says. ‘We at Loa saw it as a great opportunity to retell an old story and maybe tell it truer. A bartender here imagined a female running mate and so we have our famous Lady Sazerac, and have perhaps brought the old stalwart more into our real history with Loa’s Haitian Sazerac, employing rum – which runs deep in this port town’s heritage.’

However you choose to make or enjoy your Sazerac, it’s a must-know for any whisky aficionado.

Method:
In a mixing glass or shaker, add the sugar cube or one teaspoon of sugar to the whiskey. Stir until the sugar is dissolved. Add the bitters and ice and stir for around one minute.
Add a dash of absinthe to a chilled rocks glass and rinse it around the sides, discarding any excess liquid. Pour the whiskey mixture into the glass and garnish with a lemon twist.