A Missouri-born, all-American literary hero, you'd expect the creator of Tom Sawyer to be a Bourbon-loving patriot. Not a bit of it, says Iain Russell. 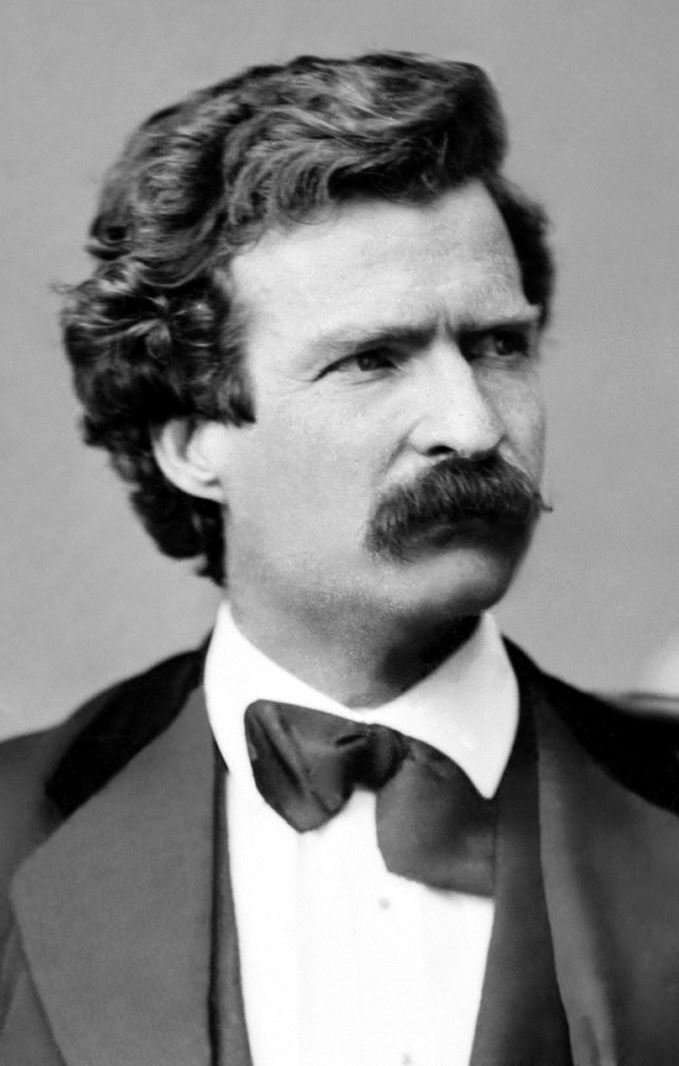 Scotch-loving American: Mark Twain was won over to the charms of whisky without the 'e'.

Samuel Langhorne Clemens, aka Mark Twain, has been called ‘The Father of American Literature’. The author of The Adventures of Tom Sawyer was a well-known bon viveur – and one might have thought that this famous son of Missouri would have enjoyed a glass of American whiskey. But Clemens’ favourite tipple was Scotch.

As a young man working as a gold miner and then as a journalist out West, Clemens developed a taste for lager beer and whiskey. He curbed his hell-raising ways after marrying Olivia in 1870, but Twain continued to enjoy a drink, and his love affair with Scotch began on a voyage to England in 1873.

While crossing the Atlantic aboard the liner SS City of Chester, Clemens was introduced by the ship’s surgeon to a new drink which he called a ‘cock-tail’. The recipe included Scotch whisky and lemon juice, and appears to have been an early version of the Old-Fashioned. In this way, the United States’ favourite author was introduced to Scotland’s favourite drink, and he became an ardent enthusiast during his long stay in London, fulfilling numerous public speaking engagements.

Something to write home about: Twain grew to love Scotch whisky

In January 1874, Clemens wrote home from the Langham Hotel to his wife Olivia, to tell her that he intended to continue drinking his whisky cocktail when he eventually returned to the USA:

‘Livy my darling, I want you to be sure & remember to have, in the bath-room, when I arrive, a bottle of Scotch whisky, a lemon, some crushed sugar, and a bottle of Angostura bitters. Ever since I have been in London I have taken in a wine glass what is called a cock-tail (made with these ingredients) before breakfast, before dinner and before going to bed… To it I attribute the fact that up to this day my digestion has been wonderful – simply perfect. It remains day after day and week after week as regular as a clock.’

Clemens clearly felt that the cocktail was not only an excellent aid to digestion, but might even have aphrodisiacal properties, as he wrote of just how much he was looking forward to returning home to his wife:

‘Now my dear, if you will give the order now to have those things put in the bath-room and left there till I come, they will be there when I arrive. Will you?

I love to write about arriving – it seems as if it were to be tomorrow. And I love to picture myself ringing the bell, at midnight – then a pause of a second or two – then the turning of the bolt, and “Who is it?” – then ever so many kisses – then you and I in the bath-room, drinking my cock-tail and undressing and you standing by – then to bed and - - everything happy and jolly as it should be…’

In later life, Clemens preferred to drink his whisky straight, or with a little hot water in what was known in the USA as a ‘hot Scotch’ and in the UK as a toddy. Scotch whisky became what he called ‘my pet of all brews’ and he particularly enjoyed drinking it while smoking his favourite pipe or cigars (Clemens was a heavy smoker). He often took a glass before retiring for the evening, or indeed while lying in bed, when it became what one of his biographers has called ‘his late night soporific’.

When the Scots-born industrialist Andrew Carnegie learned of Clemens’ love of Scotch whisky in the early 1900s, he began to send casks as gifts. Clemens wrote typically witty thank-you letters:

‘I got the whisky, dear Saint Andrew, and something happened to it. Always does,’

he wrote on one occasion.

After another delivery, he informed Carnegie that:

‘Your whisky came at the right time. Of course, your whisky never comes at the wrong time.’

And, in a third letter of thanks, he made it clear that the quality of the Scotch was of the highest order:

‘The whisky arrived in due course from over the water; last week one bottle of it was extracted from the wood and inserted into me, on the instalment plan … with this result, that I believe it to be the best, smoothest whisky now on the planet.’

There have been many writers over the years who have claimed that Clemens was a Bourbon aficionado, and it’s true that there is plenty of evidence to suggest he drank his fair share of American whiskey before 1873.

But, from his first encounter aboard SS City of Chester in 1873, Clemens wrote almost exclusively in his correspondence and other writings of his preference for Scotch whisky. And as for the story that Clemens told the members of the Savage Club that he pined for Bourbon…

According to legend, members of the London club imported six cases of Bourbon which they presented to Clemens and which, nobly, they helped him to drink. However, Clemens does not appear to have left any mention of this episode, and we must assume that the club members took it upon themselves to import the whiskey, simply assuming that Clemens would appreciate the gesture.

The author’s true feelings might be gauged by the fact that, when he departed for the US, it is said that he left the two remaining cases in the cellar, and never returned to reclaim them…