Lover, spy, author, footballer and Scotch aficionado with strong opinions on the merits of blends and malts, Robert Bruce Lockhart is one of the most colourful characters ever associated with whisky. Iain Russell tells the story of the man known as ‘RBL’. 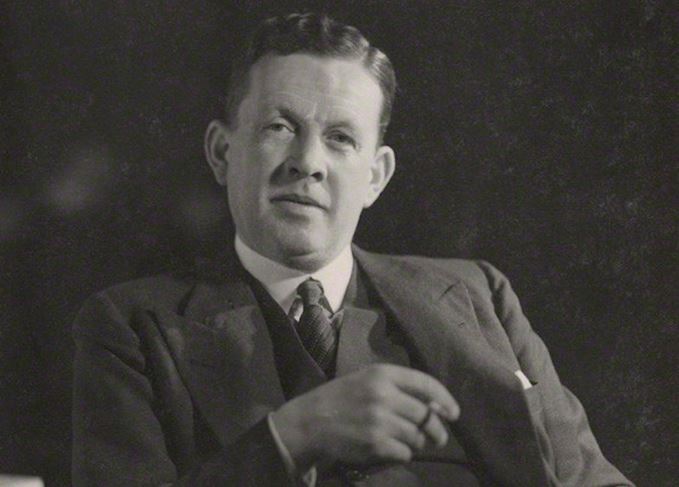 Journalist, whisky author, professional footballer and spy – there was never a dull moment for RBL.

There was more than a touch of James Bond about Robert Bruce Lockhart (1877-1970). Scots-born RBL was a failed rubber planter and successful sexual adventurer, who turned his hand to diplomacy and was implicated in a plot to kill Vladimir Lenin.

A prolific journalist and author, he edited the Evening Standard’s famous Londoner’s Diary page and wrote an international best-seller about his adventures during the Russian Revolution. But he was most proud of another book, written about one of his greatest passions. It was called, simply, Scotch.

RBL’s great-grandfather, James MacGregor, had founded the Balmenach distillery in Cromdale, Strathspey, in the 1820s. The young RBL spent many happy school holidays there, and became a lifelong fan of the region, its people and its whisky.

After spending four years working in Malaysia, where he was involved in the first of several steamy and scandalous affairs, he entered the British diplomatic service and was posted to Russia in 1912.

An unlikely David Beckham of his day, RBL was signed up to play association football for Morozovosty, the forerunner of the famous Moscow Dinamo club.

His signing was the result of a double error on the part of the Russians – they mistook him for his brother, who was actually a famous rugby footballer.

Nonetheless, RBL won a Moscow championship with the club even though he admitted, with typical modesty, that he had not played a prominent role in the team’s success.

After the Russian Revolution in 1917, RBL was actively involved in diplomatic efforts by the Allies to ensure Russia stayed in the war against Germany. He was part of a bizarre plot with Sidney Reilly (the original Ace of Spies) to capture Lenin, Trotsky and other Bolshevik leaders and parade them through Moscow in their underpants.

RBL was subsequently arrested and imprisoned in the Kremlin on suspicion of involvement in an attempt to assassinate Lenin, only avoiding a death sentence when the British government agreed to exchange him for a Russian diplomat held in London.

Robert Bruce Lockhart was arrested on suspicion of conspiring to assassinate Lenin, above, following the Russian Revolution.

RBL became director-general of the Political Warfare Executive during the Second World War, but returned to writing after 1945. Scotch: The Whisky of Scotland in Fact and Story was published in 1951 and was, unusually in an age when blended whiskies dominated the market, primarily a tribute to single malt Scotch.

Although he had consumed copious quantities of stengha – whisky and soda – in Malaysia, and enjoyed quaffing Champagne in Russia, RBL had a romantic as well as a taste preference for the whisky made in Scotland’s pot stills. He wrote:

‘Malt whisky is the original and best Scotch whisky. It has a more distinctive flavour than all other whiskies.’

As a true connoisseur, RBL was happy to agree that every single malt whisky had its merits. However, his favourites were all Speysiders. Balmenach naturally came first in his affections, but he professed an admiration for the heritage of The Glenlivet, although he granted the whisky the faintest of praise: ‘I like Glenlivet because I am used to it.’ Sherried whiskies found his greatest favour, but he was greatly impressed by ‘white’ (ie un-Sherried) Glen Grant.

Given his appreciation of single malt, it is not surprising that RBL regretted how difficult it could be to find bottles of his favourite whiskies during much of his lifetime. He devoted several chapters in Scotch to explain what he believed to be the reasons and, almost inevitably, to lament the rise of blended Scotch.

Coming from a family of Highland single malt distillers, it was not surprising that RBL would consider the ‘What is Whisky’ case of 1908 to have been a setback for the true whisky aficionado.

A Royal Commission had been set up that year to consider whether blended whiskies – made from ‘silent’ grain spirit mixed with single malts – were entitled to use the name ‘Scotch whisky’.

The grain whisky distillers, led by the powerful Distillers Co Ltd (DCL) and their lawyers, won their case, but Lockhart shared the view of many Highlanders that the verdict was ill-considered, writing:

‘The grain distillers had the big money and the better brains… The Commission was composed mainly of Sassenachs who knew little or nothing of the special merits of whisky.’

While he admired the achievements of the grain whisky distillers and blenders in selling blended Scotch around the world, RBL believed that the decision had been detrimental to the image and reputation of Scotch whisky in general:

‘The Commission’s decision altered the taste of whiskies throughout the world to the detriment of connoisseurs of cultivated palate.’

RBL believed that ‘real connoisseurs continue to swear by the virtues of malt whisky and to drink it’ and he went so far as to assert that ‘Scotch malt is a he-man’s drink... Blended Scotch is for weaker stomachs.’

There are some who detect an element of whisky snobbery in RBL’s thoughts on whisky. Proscriptive comments such as: ‘It is permissible to drink a little water with the whisky, but preferably after it. Soda water is an abomination and degrades both the whisky and the soul,’ can jar in our more permissive whisky age.

But there is no doubt that RBL truly loved his whisky, and he was one of the first and most popular writers of the 20th century to share his love in print.