Japanese whisky has become a global phenomenon, yet some of what purports to be ‘Japanese whisky’ isn’t even whisky at all. Or from Japan. The country’s loose regulations can’t be ignored any more, writes Dave Broom. 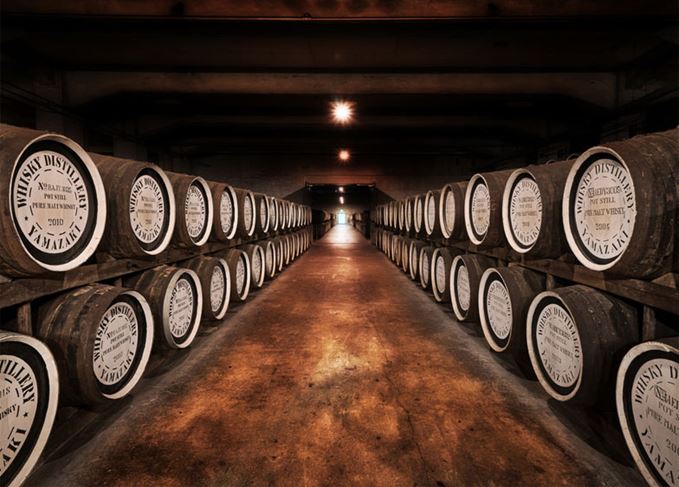 Real deal: New regulations could mean only whisky distilled and matured in Japan would be classed as ‘Japanese whisky’

First there was the removal of age statements from Nikka’s range, then the recent withdrawal of Hakushu 12-year-old and Hibiki 17. The reason? Not a downturn in Japanese whisky’s fortunes, but the consequences of a lack of stock of mature whisky. Japan’s domestic industry went into serious decline in the mid-80s, resulting in distillery closures and short-term working for all of its remaining sites. No-one could have foreseen the dramatic upturn in fortunes for the category. While this is good news for ‘brand Japan’ it remains a headache for firms trying to balance their low stocks with consumers’ high expectations.

While the majors are managing the crisis and explaining why some of their most prestigious lines are being withdrawn (while also increasing capacity), new Japanese brands from previously unknown distillers and bottlers are appearing on the market. How can this be the case if stocks are limited, the industry doesn’t exchange fillings, and the new whisky distilleries which have appeared recently still have no mature stock?

The answer lies in Japan’s loose regulations governing whisky which permits blends of imported and domestic whisky to be sold as being ‘Japanese’, and allows ‘whisky’ to be used as a term for a spirit made with as little as 10% whisky blended with any neutral spirit. Although this spirit cannot be exported, producers can bottle 100% imported spirit and sell it globally as ‘Japanese’.

In another loophole, aged rice and barley shochu distilled in stainless steel stills can be legally sold as ‘whisky’ in the US market. Ironically, this would be illegal in Japan (and the EU) because shochu (like sake) uses koji to convert starches into sugars. In the US, however, shochu can be labeled as whisky as long as it is cereal based and matured in oak. We have entered a looking-glass world where nothing is necessarily what it claims to be.

True reflection: Is a snow-capped distillery what consumers envisage when they think of Japanese whisky? (Photo: Yoichi distillery)

‘The reality is that there is no clear definition of Japanese whisky which is applicable to all countries, and that the meaning of this word has therefore become quite wide and vague,’ said Emiko Kaji, whisky international business development manager at Nikka.

‘In the case of rice “whiskies”, we do think that such a situation is causing confusion and also that a particular spirit should be called what it is called in its home country. However, Japanese producers cannot control foreign laws and regulations.

‘The situation we see today is the increase of many producers who are trying (in many random ways) to find a loophole in order to benefit from the consumers’ thirst for Japanese whisky. We think this is very damaging for the category.’

Tokyo resident Stefan Van Eycken is the author of the definitive book on Japanese whisky and heads up the Nonjatta blog. While he feels that the emergence of the new brands is not an issue in Japan, he is concerned that it is potentially damaging Japanese whisky’s image abroad.

‘Not a week goes by without industry folks somewhere around the world asking me about certain “Japanese whiskies” that distributors are offering to them for sale,’ he said. ‘Even they are having a hard time distinguishing between what we would classify, intuitively, as real Japanese whiskies and these “bastard” whiskies.’

HMRC data shows that currently 27 Japanese firms are importing bulk Scotch, while SWA figures reveal that in the past five years there has been a four-fold increase in bulk shipments to Japan. In 2017, bulk blended malt exports rose to 1.4 million litres (an increase of 17% on the previous year), while bulk grain shipments reached 1.7m litres. Some of this may be destined for low-level blends, some however, seems destined to reappear on the world market as ‘Japanese’ whisky.

As Van Eycken points out, however, none of the producers of the less-than-100% Japanese whiskies are doing anything illegal, ‘because the whisky regulations in Japan are so loose, it’s hard to make a watertight case against these people. They are acting in bad faith, that is clear; whisky folks and consumers who do their due diligence agree on this, but they are not breaking any laws.

While none of the new brands are technically doing anything illegal, all of the major and established producers agree that consumers are confused and, at worst, are being deceived.

They also agree that this will have a detrimental effect on Japanese whisky’s image, a point raised by Yumi Yoshikawa of Venture Whisky, which owns Chichibu. ‘We think that these [new brands] could damage the good name of Japanese whisky,’ she says. ‘We are really worried about the confusion resulting in a loss of the credibility of the category.’

Part of the problem is that the blending of imported and domestic whisky is an old-established practice. The majority of the low-priced blends from the majors are made in this way. The question is, now that the market has changed so fundamentally, should this be declared on the label? Chichibu for example says whether a whisky is a multi-nation blend, but it is a rare exception.

‘Provenance is only a very recent concern for producers and consumers alike,’ said Van Eycken. ‘The man (or woman) in the street would just be, “so what? If it makes it taste better (and maybe even makes it cheaper to purchase), what’s the issue?”

‘One can spotlight some of these dodgy whisky producers, but their comeback would be that they are doing nothing that is illegal, and they are not doing anything that others aren’t doing. They would honestly feel – what’s the problem here?’

While there is consensus among the established producers that the current situation is potentially damaging, the situation cannot change because of the lack of regulations. All agree that there is a need for a comprehensive definition of Japanese whisky and a new regulatory framework.

100% Japanese: Hibiki is a blend of Yamazaki and Hakushu malts, with grain whisky from Chita

Suntory’s chief blender Shinji Fukuyo says while this was ultimately an issue for the Japan Sprits & Liqueurs Makers Association, ‘we [Suntory] strongly believe that actual products must not be different from the image of Japanese whisky that comes to the consumers’ mind,’ adding that there is currently a working group from the association working on a new definition.

While he feels that it was up to the body to work out the new regulations, he adds, ‘we basically think the term “Japanese whisky” should be applied to an aged spirit that has only been made in Japan.’

While there appears to be ongoing debate over issues such as minimum age and whether oak should be the only permitted wood type, there is agreement that the laws as they stand are too loose. ‘It doesn’t need to be completely identical, but the new laws need to be in the same vein as Scotch,’ says Yoshikawa. ‘The category has to be simple to understand.

‘If the industry is using other types of whisky in a blend, it shouldn’t be called “Japanese whisky” but something else to make that clear,’ she adds. ‘It shouldn’t prevent us being flexible in making world blends, however.’

Nikka’s approach is more gradualist. ‘We think the way to define “Japanese whisky” is to help the importing countries to set clearer definitions to categorise various spirits coming from Japan,’ says Kaji, ‘so “whisky” and “shochu” should be sorted into different categories. This should become a general classification rule in all major countries.

Van Eycken is not optimistic about a speedy resolution to the issue. ‘There are just too many producers out there with a vested interest in not having these regulations,’ he says. ‘The alternative would be either a huge price increase for cheap blends, or a split in the whisky category between Japanese whiskies (single malts, high end blends etc.) which would conform to those new regulations and “utilitarian whiskies” made in Japan but not following those regulations. I doubt that producers would want this sort of confusion in the consumer’s mind.’

It is Scotchwhisky.com’s understanding that while negotiations are currently at a delicate stage, they are progressing. One member of the working group spoke of hoping to see a definition of Japanese whisky and supporting regulations by 2020.

If the current situation is not resolved speedily, then an increasing number of ersatz whiskies will continue to appear and the carefully created quality image of Japanese whisky could be irreparably damaged.

While blending imported and domestic whiskies was a necessity in the days of the domestic whisky boom, the global market has moved on and the issue of transparency is becoming increasingly important to consumers. Until a solution is found, all consumers can do is read the label very carefully.