What is American single malt whiskey?

When most people think of single malt, they imagine a glass of Scotch. Yet hundreds of distillers in the US are working hard to define their own style – in liquid and law – and it’s distinctly different from Scotch, and Bourbon. Jake Emen reports. 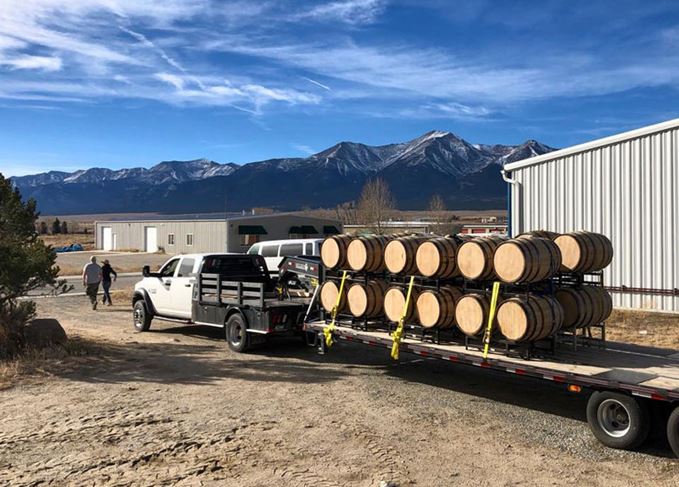 Over two and a half years ago, a group of American distillers met at the behest of Matt Hofmann and Westland distillery – the first meeting of the American Single Malt Commission. Its purpose was to hash out a set of agreed upon standards for the category of single malt whiskey made in the United States, and while doing so, to begin spreading word of the nascent category and push towards an official legal classification via the TTB (Alcohol and Tobacco Tax and Trade Bureau), an agency under the US Department of the Treasury which handles matters such as the labelling of spirits bottles.

This July the Commission accepted its 100th distiller member – clearly the number of single malt distilleries in the US, and those who have joined up with the Commission, has skyrocketed. The standards have now long been in place, though only informally agreed upon by its voluntary membership as the journey towards official classification has been moving at the glacially inefficient speed of bureaucracy. But with more whisky fans around the world beginning to pay attention to American single malt, how close is the industry to an official definition?

The Commission proposes that the category of ‘American single malt whiskey’ be defined as whiskey made in the US at a single distillery, with a 100% malted barley mashbill, aged in new or used wooden barrels, distilled at a maximum of 160 proof (80% abv) from either pot or column distillation, and barrelled at a maximum 125 proof (62.5% abv). The specifics of distillation and barrel entry proof conform to the American standards for categories such as Bourbon or rye, whereas the allowance for new or used casks, and woods beyond oak, leave greater flexibility than other American categories, and even Scotch.

While Hofmann and the Commission were at first hoping for rapid regulatory results, the torturously slow pace of government bureaucracy speeds up for nobody. There's also the matter of the current administration. ‘At the moment, the biggest challenge is [President] Trump’s executive order on regulations,’ Hofmann says. ‘Theoretically, if you want to put in a new regulation you have to get rid of two, so that’s going to be difficult to do. But when we talked to the TTB about it originally, the keys are that there’s industry consensus and it’s good for the consumers. It benefits them, and also distributors, people in retail, and the on-premise, to know what the category is all about.’

Something different: Deerhammer calls its American single malt an ‘alternative whiskey’ to Bourbon and rye

The official petition has now been filed and is available online for public viewing. ‘The TTB has recently sent out a list of things that they’re going to be reviewing by the end of the year,’ Hofmann says. ‘And we just fall into one very small subcategory of that, which is labelling standards. I want to say that I think they are going to review this by the end of the year, then the comment period would start next year.’ The three-month public commenting period would allow for other voices to be heard, before a final ruling on whether to accept or deny the proposed category. Things seem to be moving along then – though it must be noted that the original hope was for this same commenting period to be opened before the end of 2016. You may want to take the timeline with a grain of salt, or even malted barley, as the case may be.

Consumer education tops the list of benefits that most producers feel an official ‘American single malt’ category would help achieve. ‘We believe it is very important to formalise the category as it is growing faster than consumer education can catch up,’ says Gareth Moore, CEO of Virginia Distillery Company. ‘We envision a formalised category helping Virginia Distillery Company specifically because while our process is very similar to traditional distilleries in Scotland, we want to make it clear that what we produce is not simply “Scotch made in America,” but rather a uniquely American product that is better categorised with the wide range of fabulous single malts produced in the US.’

Stateside single malt distilleries are peppered with questions from visitors and would-be consumers along the lines of: ‘Is this Scotch? If this isn't Scotch, isn't it Bourbon? How can you make single malts in the US anyway?’

‘The level of consumer whiskey confusion in the US right now is off the charts, and no surprise, current government regulation of whiskey labelling isn’t helping matters,’ says Lenny Eckstein, co-founder and head distiller of Deerhammer Distilling Company. ‘Distillers are going to continue to create whiskey within their own definition of American single malt... But here’s the thing – our definition can be completely different from another distillery’s definition and the TTB is just letting all of this slide through as “malt whiskey”.’

Putting a definition in place sets an agreed upon standard, and also prevents backlash in the form of reactionary regulatory efforts. ‘The TTB is really quick to shut down “pseudo” categories,’ Hofmann explains, highlighting barrel-aged gin as an example. With producers adapting the category, but no regulations in place, the TTB banned distilleries from being able to use that phrasing.

Even worse, if producers don’t lead the way towards categorisation, who knows what type of standards may be put forward by somebody else. ‘There needs to be producer-led momentum,’ Hofmann says. ‘And if we don't put a definition in place right now that we favour, somebody else could try to come in and put in a different system, with stricter or different interpretation that we don't favour.’

Producers who are part of the Commission emphasise that the standards have been left with enough creative wiggle room to facilitate innovation and experimentation, but nevertheless, a standard of any kind inherently sets some sort of barrier.

For his part, Moore believes that an official legal category would actually spur innovation by encouraging more distilleries to join the fold. ‘The creation of an official American single malt category will attract additional entrants into the market,’ he says. ‘Right now, the lack of certainty of the definition of the category serves as a barrier for many distillers to producing a single malt – a formal TTB definition will enable greater growth, and importantly, innovation in the category.’

Winters, though, also feels that the aforementioned benefit of consumer education isn’t all it’s cracked up to be. ‘I also think that the idea of creating yet another spirit category and definition is counterproductive,’ he says. ‘The average consumer has little to no understanding of the categories already in place and would be much better served by simple, truthful statements of composition, process, and origin.’

The American Single Malt Commission may not have unanimous backing, but with 100 distilleries and counting amid its membership, it seems to represent as close to an industry-wide consensus as possible. And while there could still be an eternal waiting process for official results via the TTB, producers haven't been idly sitting by, either.

‘From a regulatory standpoint we’ve done everything we can,’ Hofmann says. ‘[So] we’ve turned our focus to everything non-regulatory. It’s just a small part of the broader mission which is category recognition and consumer education.’

Cautious approach: Dave Smith and Lance Winters of St George Spirits are hesitant to define US single malt too soon

There are also those who think that even with all of the groundwork being done, these best-laid plans won’t come to fruition from a legal standpoint. ‘I am skeptical that we will ever get the CFR [Code of Federal Regulations] changed to add “American single malt whiskey”, but we are creating the category nevertheless, and the category is driving innovation in whiskey,’ says Christian Krogstad, founder and master distiller of Oregon’s House Spirits distillery, producer of Westward Whiskey.

Other producers are more optimistic about the official standards being set. ‘I am confident we will achieve our goal of creating an official “American single malt” category, and that it will be one of the fastest growing and most innovative categories of American whiskey, enjoyed by consumers both domestically and abroad,’ Moore says.

‘Whether the TTB recognises the style or not, its presence will be substantial enough to garner placement alongside other more commonly recognised styles of American whiskey,’ Eckstein says.

‘What we have going now as a category is, I think, something that people find very compelling,’ Hofmann adds. ‘So we have 100 distillers in the Commission right now and people are embracing making American single malts that are American, but that are also reflective of their individual localities. As much as we can continue to beat the drum, that’s what we’re going to do.’