The master distiller and co-founder of Westland distillery in Seattle, US is focused on producing an authentically local single malt whiskey from the Pacific Northwest. He tells Jake Emen about his passion to learn, and his goals for both Westland and the entire burgeoning category of American single malt whiskey. 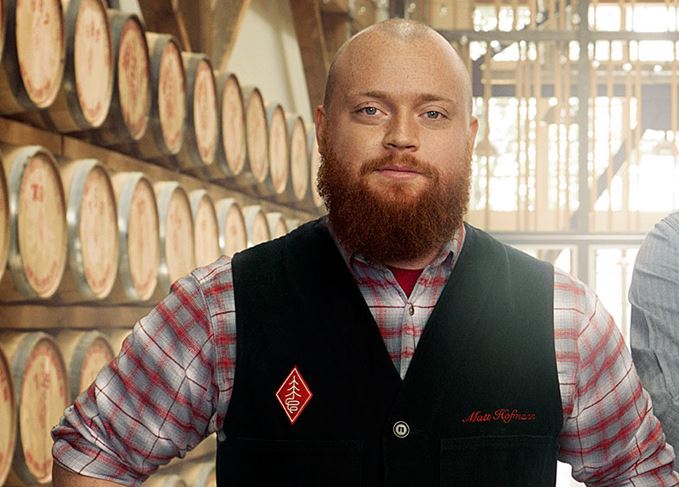 ‘I started distilling based on passion for flavour; that still drives me today. I grew up being really passionate about flavour and trying to learn about where things came from, and when I learned about distilling, the beauty of it is that it’s so simple on the surface. There’s four ingredients – malt, yeast, water, cask. But learning about whiskey and how different it all is, we’re playing with the same four fundamental ingredients. And how cool is that?

‘I was just hungry for knowledge, and the whisky textbooks weren’t enough. So you start to read wine textbooks and beer textbooks and cookbooks, and you learn about all of these other things. And if they exist in the wine industry, in the brewing industry, why can’t we do that?

‘Those two things were developing in parallel, distilling and thinking about whisky from the Pacific Northwest. I got together with a guy I went to high school with, and said let’s start a whiskey distillery. We dedicated ourselves just to malt whiskey, and we’ve never made any other spirit.

‘The biggest core part of my job is making sure that everything fits together, that what we’re doing with products and the story we’re telling, and how we go out and sell that to people, is all working together and communicating this vision of trying to make whiskey from the Pacific Northwest. That means I oversee production and marketing and sales. It’s interesting because you have the title of ‘master distiller,’ which I don’t really like. You can have a really good product but if that story is not being communicated properly, or vice-versa, then it’s not really going to work.

‘It’s working within several different departments to make sure we take that vision and dump it into an action plan, and then go out and communicating it personally. It’s doing trips and speaking with other people, and also continuing to learn. That’s the big thing.

‘With Garryana [a single malt matured in rare Garryana oak], we’re really proud of that holistic idea coming forward, and we’re hoping to do the same thing with barley and with peat. We’re championing these ideas of where a distillery should fit into agriculture, and seeing that actually make a difference. It’s one thing for us to say it, and for us to believe it, and it’s another thing to have a product become successful. Garryana has been great because it’s been really, really successful and it’s been a great proof of concept for that.

‘The world is changing. The world is not just driven by people wanting something that tastes good at the lowest price. People want integrity. People want a compelling story. People want all of those things at once, and people don’t think that you can. Proving that is the current mission. We’ve come a long way in doing that and I’m really proud of the progress we’ve made, but there’s still a long way to go, for sure.

‘You know there’s an archetype for people in my position, founders of companies, or master distillers or whatever, and the biggest, most important realisation that I’ve had is just being myself. I’m a very passionate nerd about whisky. I can get really excited about things and I’m not going to try to copy anybody. There are the master distiller showmen, or master blender showmen, and don’t get me wrong they are very skilled at doing what they do, but that’s not who I am. Who I am is being passionate about what we do, and talking about it. And that really seems to work.

‘The communication aspect of it is really important from all sides. You have to be able to communicate what you’re doing and why it’s important.

‘Looking ahead the plan for Westland is to continue to be the leader for the American single malt category. You know, in 10 years we’d love to see American single malt, at least in whisky circles, to be as much of a staple as Japanese whisky is today. That’s the goal. It has something very compelling to offer. I really believe as much in the category as I believe in Westland. It’s that, and to just continue to flesh out and refine things in the Pacific Northwest. Everything that we do has to tie back to that.

‘[American single malt] just makes it so much more interesting. We’ve all had a lot of great whisky, but at some point you kind of go, “this is another version of the category standard of this”. And it could be good, but I’m looking for something to get my soul attached to, you know. So I think that’s what this category can be, and certainly it’s on the right path.

‘The family that owns Rémy Cointreau has been very, very supportive. They plan for the long term, so they look at things like the Garry oak, and that no distillery does this anywhere else in the world, buying wood that nobody else is really using and sitting on it for years, and they’re like “yup, that makes sense, that’s what you have to do”. They’ve been able to teach us a lot of things. We’ve been able to show them a lot of things too at the same time.

‘Seeing these other distilleries get acquired is a realisation that the industry is trying to behave differently than how the beer world played out in the fight between big and small. I think that the bigger spirits companies aren’t trying to stifle what’s going on. They’re letting something rise up, and maybe that’s more the pipeline of innovation for a lot of companies – to let it come naturally out of somewhere.’