What's in a hangover?

In these days of responsible drinking, hangovers are officially taboo, but that doesn’t make them any less real – or painful. Tom Bruce-Gardyne reaches for the Alka-Seltzer. 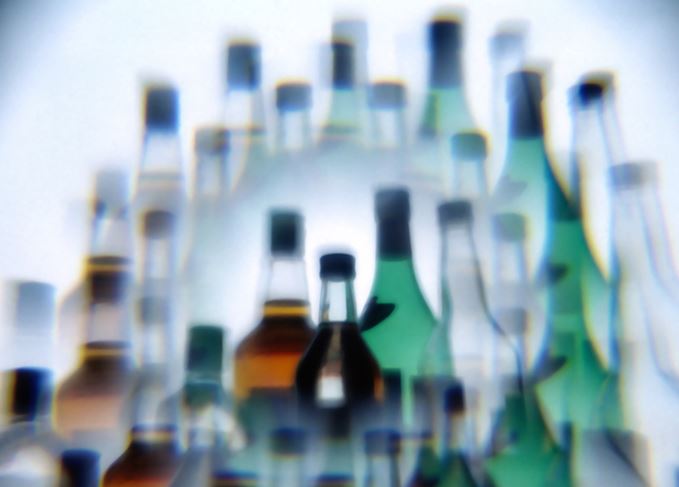 Just one more...? Over-indulgence has its consequences.

Scotch whisky does not promote hangovers, at least not officially. In this brave new world of ‘responsible drinking’ they have been abolished, though sadly they still exist in the real world.

We’ve all been there; among friends in the wee, small hours bound together by this irrepressibly convivial spirit. Amid the laughter and hoary old tales there may be a dim premonition of the pain to come, but hey! The night is young and there’s still whisky in the jar.

Meanwhile, your liver is busy metabolising the booze into acetaldehyde, which is ‘up to 30 times more toxic than alcohol’, according to Indian life scientist Dhruv Truvedi, whose Kangaroo Bounce Back ‘hangover cure’ is being trialled in Glasgow.

As the night draws on, the supply of glutathione starts to run out and, says Truvedi: ‘By the time you drink your second or third pint or dram, the acetaldehyde is starting to accumulate in the bloodstream.’

Up in the brain, where it’s party time and inhibitions are being shed like clothes on a hot date, the pituitary gland begins blocking a crucial antidiuretic hormone called vasopressin.

This is a bummer as it causes you to pee up to four times the amount you have drunk. By morning, dehydration will have shrunk your sponge-like brain, tugging on the membrane that attaches it to your skull.

If the physical pain combines with that cocktail of guilt and self-loathing which Kingsley Amis christened the ‘metaphysical hangover’, you’re in trouble.

‘Best abandon the day, go back to bed for the morning and plan lunch,’ advises whisky writer and occasional sufferer Charlie Maclean.

The Greeks had a word for it... Actually, several words. μεθυων was one of them

The type of alcohol clearly has an effect. A trial of US college students six years ago found a third of those who drank Bourbon complained of ‘a severe hangover’ compared to 3% of those who had drunk a similar quantity of vodka.

Bourbon typically contains 37 times more congeners, or flavour compounds, which are equally present in blended Scotch, and even more so in the case of single malts.

These impurities, which slip over the neck of a pot still into the newmake spirit, together with those formed in the cask during maturation, imbue whisky with a richness, depth and complexity beyond vodka’s wildest dreams.

They include esters, acids, aldehydes and higher alcohols and account for less than 0.1% of a bottle’s contents, but 100% of what makes Scotch whisky special.

If the mix and concentration of congeners is unique to each blend or malt, whisky drinkers have to learn through painful experience which are the most malign the morning after.

Whiskies with ‘heavy smoke or “Sherry cask” have to be treated with care’, reckons Ronnie Cox, who looks after Glenrothes at Berry Bros & Rudd.

‘Obviously quantity is the predominant factor, but even drinking with almost anti-social abstinence can induce a hangover if one is under great stress; the stomach starved or the mind tired.’

For Maclean, it’s always a trade-off: ‘The more the flavour, the worse the hangover,’ while Richard Paterson, Whyte & Mackay’s master blender, believes you can avoid hangovers altogether by sticking to older, well-matured whiskies.

He also makes the point about not mixing your drinks, and clearly if Scotch is the last thing you swallowed, it is bound to attract more blame than all the beers, wines, gins, Tequilas… that went before.

But whether a youthful, peat-soaked Islay packs a more vicious punch than an elderly Speyside, but less than a Highland Sherry monster, is pure conjecture.

The Scotch whisky industry is not researching the hangover-inducing qualities of its brands because it preaches moderation.

And Kangaroo Bounce Back? Its active ingredients include vitamins, milk thistle extract and some amino acids to boost the liver’s production of glutathione needed to convert the toxins into a harmless acetate.

Does it work? Well…

A century ago Diageo’s predecessor, the Distillers Company, took a different approach. Based on no science whatsoever, it declared its Cambus grain whisky was a ‘natural wholesome stimulant’ that ‘neither affects the head nor the liver’.

‘Not A Headache in a Gallon!’ its adverts promised, and technically this was true. After six-and-a-half bottles, a headache would be the least of your worries.

The Government advice is to drink less – if only it were that simple. Besides, it’s three in the morning and the damage is done.

If all else fails, try voodoo. Stick pins in the cap or cork of the bottle that bit you.