Running for five full days at the end of April, the Spirit of Speyside Whisky Festival is the largest event of its kind in Scotland. Festival manager Pery Zakeri explains what goes into organising it – and why more than just whisky fans get involved. 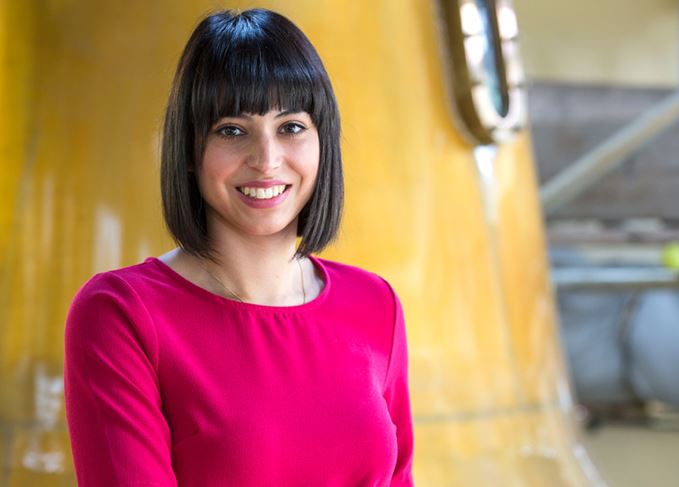 ‘There were over 500 events this year, so it’s been a really busy five days. Those events ranged from distillery tours in distilleries that don’t normally open to the public to canoe trips, Argocat trips and ceilidhs.

‘This year we’ve had visitors from 37 countries, which is a record. I’ve spoken to visitors from all across the globe – some who have been before, but also a lot of new people, and everyone says they’re going to come back.

‘The festival does attract a lot of whisky fans who want to learn more about whisky, but there are a lot of whisky novices who are curious about single malt and just starting out on their whisky journey.

‘There are events to cater for the whole spectrum, from people who are tasting their first drops of whisky to people who have a lot of knowledge about the spirit already, but want to learn about the technical side of distilling or tick a distillery off their list.

‘The winner of the best new event award this year was The Blackening. It’s such a unique event and it’s the first time in years that it’s happened. That’s what the festival is all about: creating new experiences and giving a different perspective not just on Speyside, but whisky, and introducing new things for visitors, especially those who come back year on year.

‘Our event providers are always challenged to produce something fresh, new and exciting and they always do. There’s no shortage of creativity, from the Desert Island Drams to smoky Speyside tastings.

‘One of the important things is to listen to the visitors and what they want to see. Last year a lot of visitors asked for tours of the maltings, so I made that a personal challenge for myself this year to facilitate that.

‘The feedback this year has been really positive, and most say they’ll see us next year, or they’ll come to the festival in Elgin in September.

‘The idea for the Spirit of Speyside Distilled is to bring Speyside’s distilleries together under the one roof for the first time, but also feature local food and drink to give a really well-rounded offering. We also want to try and attract a younger audience and get younger people interested in whisky.

‘Spirit of Speyside Distilled will launch around June time, but we’ve already had visitors enquiring about it from America, which is fantastic. We’re hoping it’s going to be really successful.

‘I started in this role in September 2014; before, I worked for Tomintoul & Glenlivet Development Trust doing their marketing and events. I was organising the first Rock & Road, a mountain bike event.

‘It was completely unexpected to be offered this role – it was an honour. Whisky is just at the heart of Speyside and there are such fantastic people and companies to work with, so I couldn’t ask for a better role.

‘The biggest challenge for me or for any event is time management and getting to know so many people. It’s a big job, but somehow we always manage to get everything together in time.

‘The one thing that always surprises me is that the visitors are just as passionate about Speyside as I am. I was born in Elgin, but grew up in Aberlour, but they really see it as their home from home because they’ve been coming here for so many years.

‘I get to learn a lot about whisky running this event, which for me is a big plus. But I’m very passionate about Speyside, so anything to do with Speyside I will get behind 100%. I think everyone should be an ambassador for the place, no matter where they’re from.

‘Next year we can expect to see more distilleries open for tours that are not usually open to the public, as well as a wide range of events that appeal to all levels of whisky knowledge. The important thing is to keep the quality and weave in the feedback from visitors this year.

‘My favourite event was the opening ceilidh – I love meeting visitors and getting to know them and making friends. I left with invites from people in Sweden, Iceland, Venice to go and visit.

‘It’s cheesy to say, but it feels like a family, a community, so I’ll be genuinely sad when everyone starts to go home. You work all-year-round on the event, then the five days just fly by – and, before you know it, it’s Monday.’

The Spirit of Speyside Distilled will be held in Elgin Town Hall on 9-11 September 2016.