A Glasgow-based drinks company is launching a quirky collection of Scotch whisky cocktails in cans for summer. 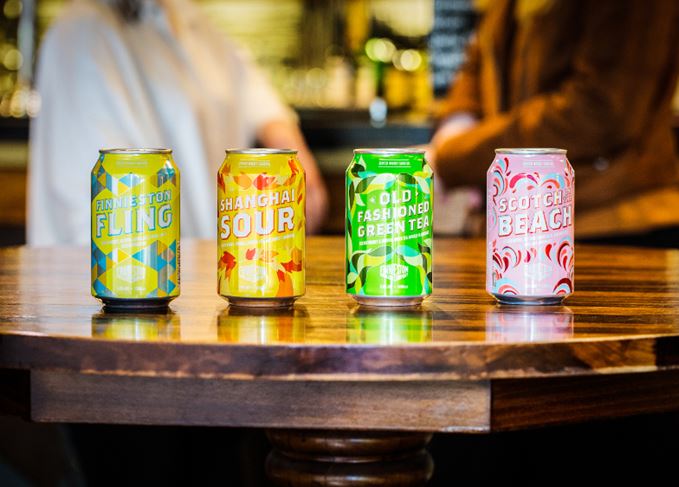 Ready to drink: Finnieston Distillery Company will launch the RTD cocktails in the UK in June

Made by the Finnieston Distillery Company, each ready-to-drink (RTD) cocktail features the firm’s own blended Scotch whisky, created in partnership with independent bottler Douglas Laing.

Following a ‘successful’ pilot run of two of its cocktails in 2016, which sold out across Scottish Aldi stores, each drink has an abv of 5% and will retail for around £2.50.

Set to launch in the UK in June, the complete RTD range includes:

James Doig, CEO of Finnieston Distillery Company (previously named Dram2O), said: ‘We take the view that people should drink it [Scotch] how they want, not how they’re told to.

‘Finnieston has a historic association with Scotch whisky distilling and we’ve taken inspiration from Ebenezer Connal, a 19th-century merchant who converted one of his family businesses into a distillery in Finnieston Street and created a Scotch whisky infused with exotic herbs and spices, and a taste of heather, which really made it stand out from others at the time.’