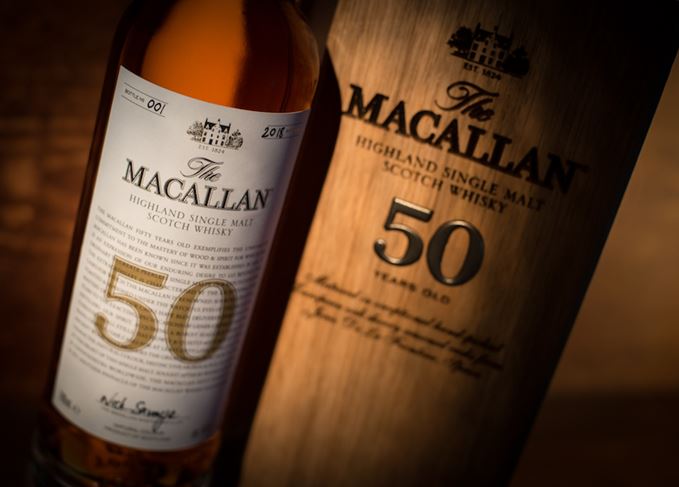 Half-century: Only 200 bottles of the £25,000 single malt will be available globally

Macallan said the new release reflected the distillery’s ‘journey of discovery in the modern era’, adding that it was created at a time when Macallan was thinking of the future by increasing its number of stills.

These ‘curiously small’ stills helped to concentrate the flavours of Macallan’s new make spirit, it added, giving it a ‘robust elegance’ to be combined with the influence of ex-Sherry, European oak casks from Spain.

‘After being left to mature for half a century in our exceptional Sherry-seasoned oak casks, this wonderfully rare single malt is full of rich flavour and beautiful natural colour,’ said Nick Savage, Macallan master distiller.

‘With a finite volume of 200 bottles worldwide, this is a highly limited and expertly crafted release, providing the chance to own something world-class and extraordinary.’

The launch comes a day after Macallan announced a wholesale revamp of its core single malt line-up, including the axing of the colour-led 1824 range.