GlenDronach distillery has once again relaunched its Sherry-matured 15-year-old Revival, following a three-year absence from shelves. 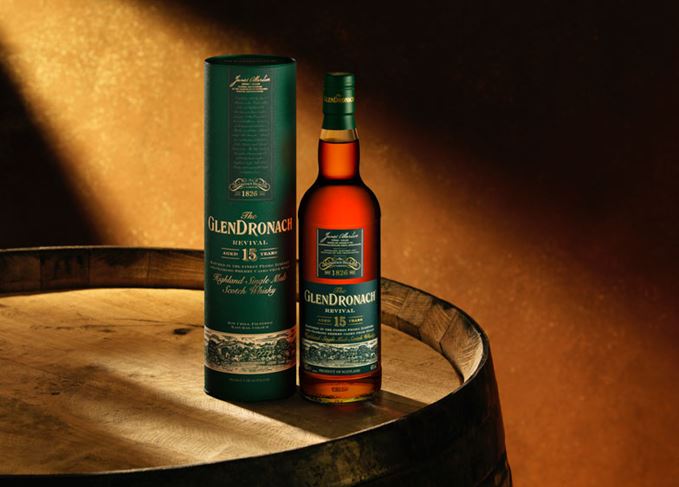 Sherried comeback: The new GlenDronach Revival 15 Year Old has been matured in ex-oloroso and PX casks

The single malt has been matured in a combination of ex-oloroso and PX Spanish oak casks from Andalucía for 15 years, before being bottled at 46% abv.

It’s described as having notes of ‘ripe dark fruits and manuka honey’ with an ‘elegant silk-velvet chocolate finish’.

The expression, priced at around £62 for a 70cl bottle, will be available globally following an initial four-week exclusive launch at GlenDronach distillery’s visitor centre.

Rachel Barrie, master blender for GlenDronach, said: ‘Today marks the return of The GlenDronach Revival aged 15 years, an iconic aged expression of critical acclaim, revered by connoisseurs around the globe.

‘Over 15 years in the darkness of our dunnage warehouses, the spirit has grown in stature, refinement and intensity.’

The original GlenDronach 15-year-old was first launched in the 1990s as a 40% abv expression.

It was discontinued some time after, but reintroduced again in 2009 under new ownership as GlenDronach Revival, this time bottled at 46% abv.

However stock constraints forced its discontinuation in 2015.