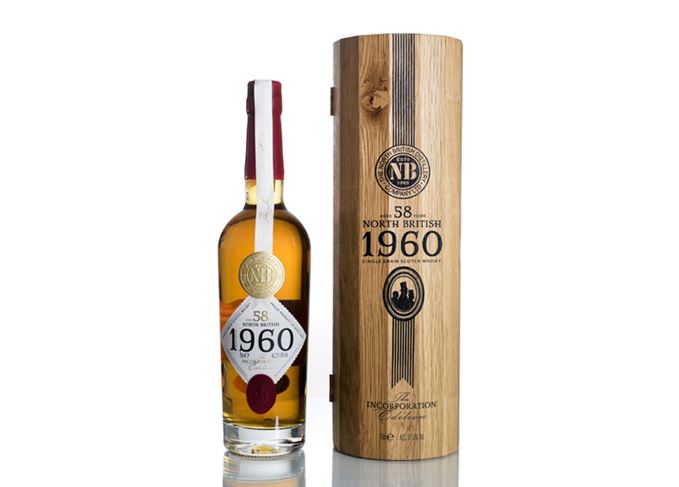 The Incorporation Edition, distilled in July 1960 and fully matured in an unspecified hogshead, is a limited edition release commemorating the North British distillery’s incorporation on 24 October 1885.

Alan Kilpatrick, managing director for North British, said: ‘As the eleventh managing director, it is my great honour and privilege to release this single cask, our first ever commercial bottling.

‘It was distilled in 1960 on the same Edinburgh site as the company commenced production in 1885, and still does to this day.’

Bottled at a cask strength of 51.6% abv, the whisky is said to contain ‘butterscotch, caramelised pineapple and coconut on the nose’ and ‘toasted oak’ on the palate.

Each of the Incorporation Edition’s 222 bottles will be sold in a handmade oak presentation box with a booklet signed and numbered by Kilpatrick.

Douglas Laing & Co. has joined forces with North British to handle the sales and marketing aspects of the release.

Fred Laing, chairman of Douglas Laing & Co., said: ‘We are excited to be working with North British on such a special release: as a family, we have long been single grain enthusiasts and as a business, we have been long term proponents of the single grain category – the fit is ideal.’

Priced at £1,700 for a 70cl bottle, the Incorporation Edition will be available from specialist retailers from November.