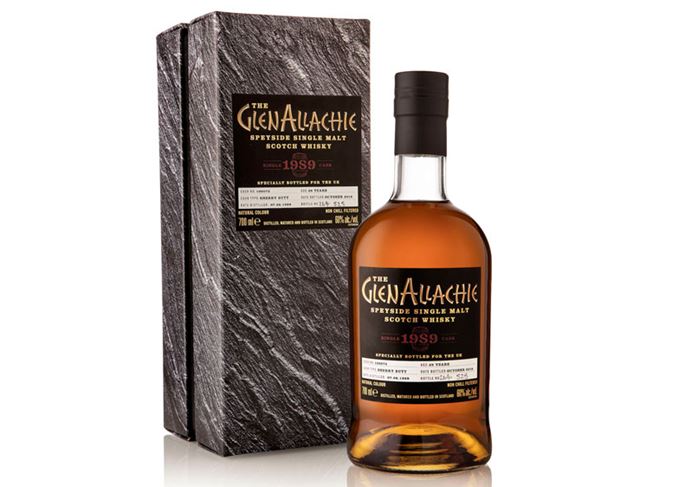 Ranging from 10 to 29 years old, the single cask whiskies have been matured in a variety of different casks, including Sherry butts, Port pipes and virgin American oak.

Eight will be released in the UK in October, at the same time as a further seven which will be available exclusively in Europe.

Further collections will be released ‘in due course’ in Asia and the US. Each release will be bottled at natural cask strength without chill filtration or added colour.

‘This is what I wanted to show with the batch of casks I’ve chosen for the UK and our export partners,’ he said.

‘With over 50,000 casks of GlenAllachie now in stock maturing across a vast range of casks there is so much more to come.’

The single cask series follows the launch of an initial batch of six limited edition single cask bottlings released to mark 50 years since GlenAllachie’s opening in 1968.

Since then the distillery has also released its flagship single malt range and relaunched the historic MacNair’s blended malt brand.