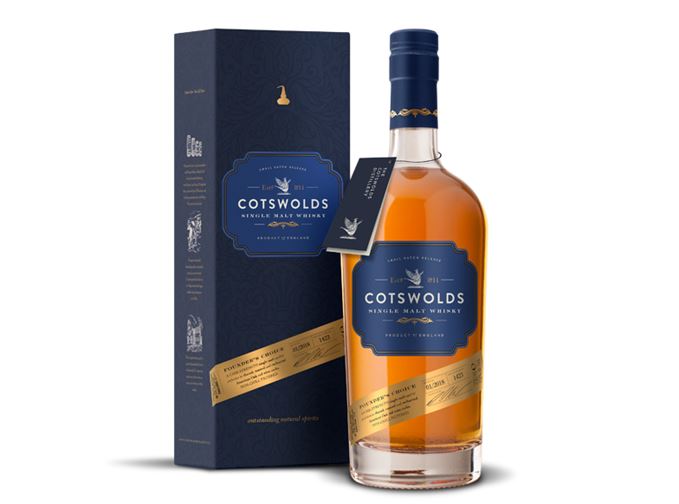 Said to contain notes of ‘dark chocolate and dried figs’ on the nose with a palate of ‘fresh red fruits and butterscotch’, Cotswolds Founder’s Choice is bottled at a cask strength of 60.9% abv.

The red wine casks used to mature the whisky were first shaved, toasted and recharred, a method known as ‘STR’ pioneered by the late whisky consultant Dr Jim Swan.

Designed to ‘optimise the extraction of flavour and colour from the oak’ without using smaller cask sizes, the STR casks are said to provide the Founder’s Choice with a ‘rich and intense maturation’.

Dan Szor, founder and CEO of Cotswolds distillery, said: ‘We were very fortunate to work with the late Dr Jim Swan on developing our wood programme – one of his key innovations was the STR cask and it has always been my favourite of all our casks.

‘Jim’s suggestion to me was that one day we release a 100% STR-aged whisky at cask strength and, based on the extremely positive reaction from everyone that’s tried it, that is what I’ve decided to do.’

The whisky is available worldwide from specialist retailers, priced at £64.95 per 700ml bottle.

The Founder’s Choice release comes over a year after the English distillery, which began laying down casks in September 2014, launched its inaugural expression, Cotswolds Single Malt Whisky.