Jameson has unveiled the second batch of Jameson Bow Street 18 Years Cask Strength – a whiskey part-matured at its old distillery in Dublin. 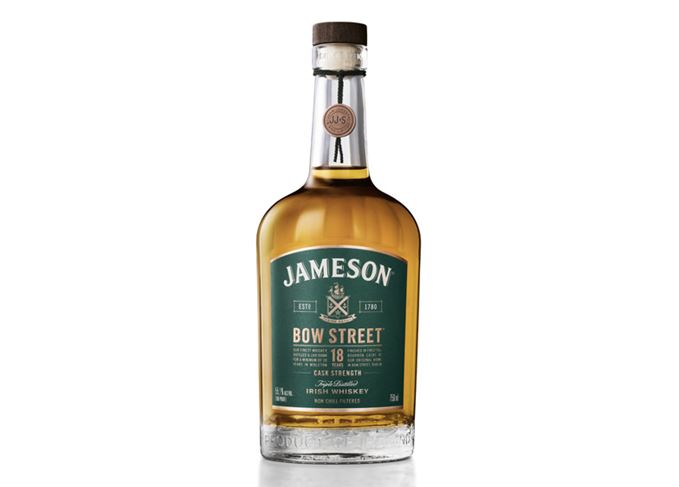 The blend of pot still and grain Irish whiskeys spent 18 years in ex-Bourbon and ex-Sherry casks, before being married and then re-casked in first-fill ex-Bourbon American oak barrels to age for a further six to 12 months in the Maturation House at Jameson Distillery Bow Street, Dublin.

Jameson owner Irish Distillers said the expression was designed to celebrate ‘Jameson’s Dublin heritage by returning a part of the production process to its original home in Smithfield’.

‘As a tribute to the Jameson distilling legacy in Smithfield, we’ve introduced some methods that would have been employed in days past,’ said Billy Leighton, master blender at Midleton.

‘The final maturation period in Bow Street is our nod to the traditional “marrying” method. We’ve put our own Jameson stamp on it by using first-fill Bourbon barrels, whereas the traditional approach would be to use casks multiple times.

‘I like to think of the whiskey getting engaged in Midleton and then “married” in Dublin.’

The whiskey is described as having a ‘rich, wood-driven’ nose with toffee and spice notes, along with hints of leather, vanilla and ‘a subtle Sherry nuttiness’ on the palate.

Bottled at 55.1% abv without chill-filtration, Jameson Bow Street 18 Years Cask Strength will be available in 20 countries around the world from August 2019, priced at €240 per bottle.

The core Jameson 18 Years expression, bottled at 40% abv, will remain in the Jameson family, available in key global markets.

John Jameson opened the Bow Street Distillery in 1780 – one of 20 distilleries open in Dublin during the early 19th century. The plant was one of the last in the city to close in 1971.