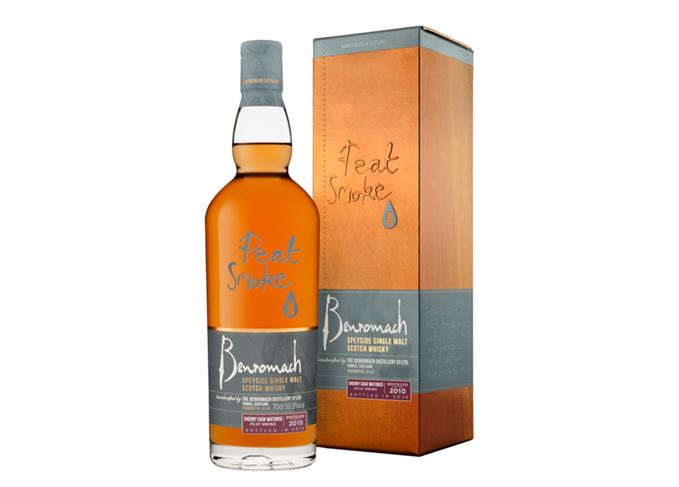 Created using heavily peated barley, the whisky has been matured in first-fill ex-Sherry hogsheads before being bottled at 59.9% abv.

Part of the Speyside distillery’s limited edition Peat Smoke series, the Peat Smoke Sherry Cask Matured expression is said to offer ‘honey cured meats with orange marmalade’ on the nose and ‘white pepper and dried fruits’ on the palate.

‘Our small batch releases have enjoyed considerable success in the past and for those that enjoy Benromach’s classic style with a wisp of smoke, we’re confident that this new expression will be particularly popular.’

Benromach’s previous small batch releases include a 19-year-old bottling, released to coincide with the distillery’s 20th anniversary last year, as well as a triple-distilled expression which launched in 2017.