Benromach distillery is marking a ‘significant milestone’ in its history with the release of a 1998 vintage, containing some of the first whisky distilled at the site following a 15-year period of silence. 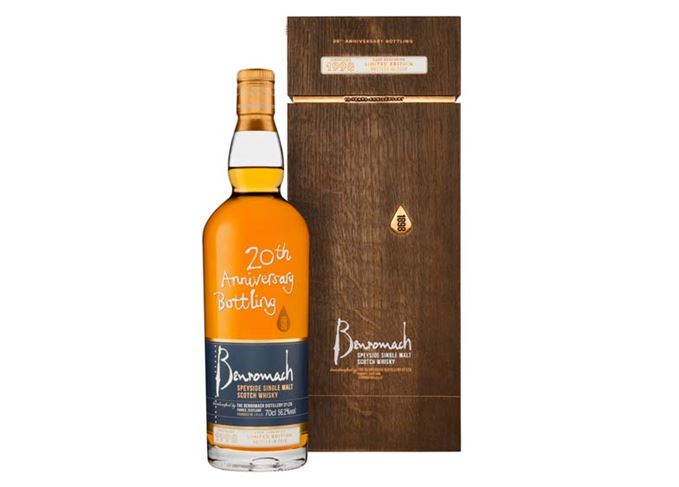 The lightly peated 19-year-old single malt has been matured in a combination of first-fill ex-Sherry and ex-Bourbon casks, and has been bottled at a cask strength of 56.2% abv.

Keith Cruickshank, distillery manager at Benromach, said: ‘When we began distilling again in 1998, we wanted to recreate the unique Speyside whisky taste, which historically had a touch of smoke.’

The expression is said to ‘epitomise Benromach’s classic style’, carrying ‘rich notes of fruit cake, mingling with sweet demerara sugar and vanilla’ and a ‘light touch of smoke’ on the finish.

The bottle is packaged in a wooden presentation box with copper lining, containing the whisky and a small hardback book detailing the story of Benromach.

Only 3,000 bottles have been produced for sale worldwide for around £299, with 400 bottles available to purchase from the distillery in Forres.

After a period of refurbishment, the distillery reopened in 1998 in a ceremony attended by the Prince of Wales.