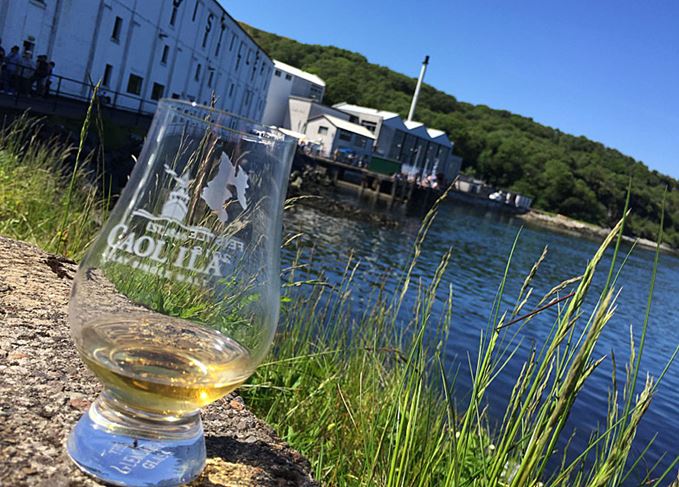 Said to contain ‘green, mossy aromas with peppery dryness and smoky Lapsang Souchong notes’, the whisky has been bottled at 53.8% abv.

Colin Gordon, Lagavulin distillery manager, said: ‘This bottle is extra special because it’s been chosen by everyone here – from the visitor center to the warehouse teams.

‘We’re sure it will surprise and delight both the familiar and new faces at this years festival.’

Bottled at a cask strength of 58.4% abv, the whisky is said to contain ‘fresh mint, citrus, spicy medicinal notes finished with a dominant note of spice’ on the palate.

Pierrick Guilaume, Caol Ila distillery manager, said: ‘We’ve taken the usual complexity of Caol Ila and used the cask influence to balance this, creating something really unique from our distillery.’

Said to offer drinkers ‘an exciting twist on the traditional expressions available at Lagavulin and Caol Ila’, both bottlings will be sold on a first-come, first-serve basis during the course of the festival.

During the open days, both distilleries will also offer tastings, warehouse tours and other events as part of the annual Fèis Ìle festivities.