When Lagavulin 16 Year Old joined the Classic Malts portfolio in 1989, the belief within owner UD [now Diageo] was that it would be the single malt which only the most dedicated – even crazy – drinker would attempt to conquer. Smoke, it was felt in those early days of single malt, was a step too far for most people. Glenkinchie and Dalwhinnie, softer and easier going, would be the big sellers.

What actually happened was that Lagavulin became the runaway success, to the extent that it had to be put on allocation. That its growth coincided with a period where mature stock was limited (the bad old days of the 80s and early 90s) didn’t help. Today, it runs 24 hours a day, seven days a week, just to try and keep up with ever-growing global demand. The world has fallen in love with smoke and Lagavulin’s complex mix of seashore and moor, pipe smoke, Lapsang Souchong, bog myrtle and rich dark fruits is a destination for many.

Though fermentation times have been cut, introducing a cereal note to the new make, the second distillation remains extremely long, maximising reflux. Ageing is predominantly in refill casks, but in recent years some ex-Sherry casks have appeared as part of a controlled programme of small batch releases, while a small amount of a higher strength 12-year-old is released annually for the real peat heads. 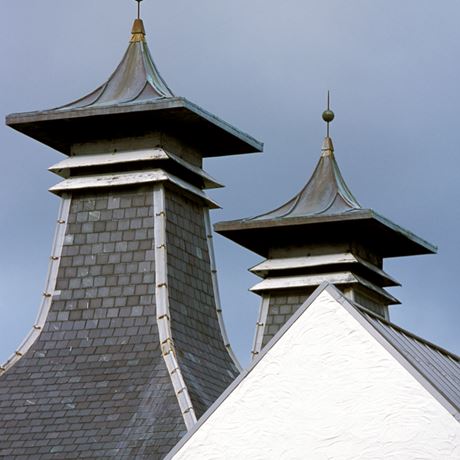 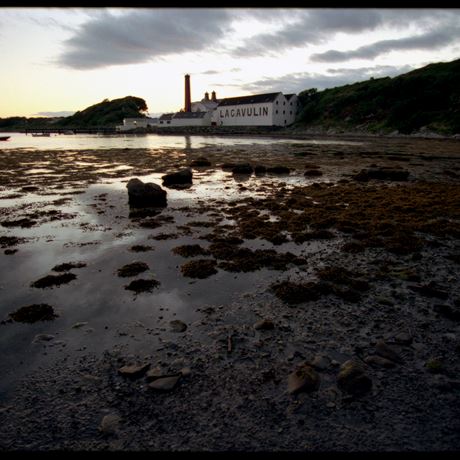 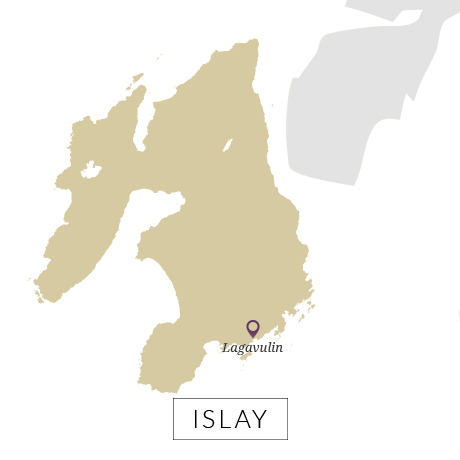 Founded on Islay’s south [Kildalton] coast and situated between Ardbeg and Laphroaig, legal distilling was started at Lagavulin in 1816 by John Johnston. A second distillery shared the site which was first bought by the same family in 1825, before production was absorbed into Lagavulin in 1837.

It came to wider public awareness in 1862 when blender John Logan Mackie bought the distillery. His nephew Peter J. Mackie made the first of many trips to Islay in 1878 to learn the secrets of distilling and eventually take over production of Lagavulin. Sir Peter Mackie, as he became, was one of the pre-eminent figures of late 19th century whisky. He created the White Horse blend in 1890, co-founded Craigellachie distillery and was noted as a great innovator.

In 1908, irritated by the loss of the agency for Laphroaig, Mackie built a replica distillery at Lagavulin which he called Malt Mill. It ran until 1962 and though it was set up to produce the same character as Laphroaig – which is only two miles away – it never did. Neither did it make Lagavulin. A (fictitious) cask of Malt Mill played a central role in film director Ken Loach’s comedy The Angel’s Share.

The distillery floor maltings shut in 1974. They now form the visitor’s centre and admin offices.