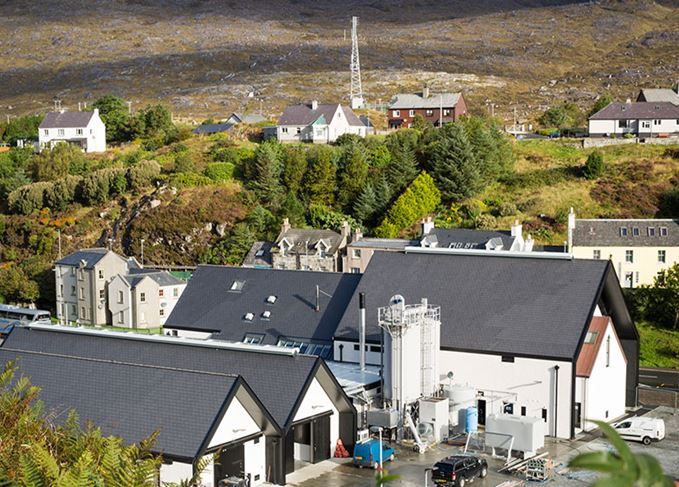 The Isle of Harris Distillery, also known as the Social Distillery, will produce up to 210,000 litres of single malt whisky per year from its location in the town of Tarbert.

The project itself has been spearheaded by Isle of Harris Distillers founder and chairman Anderson Bakewell, a musicologist with a small farm holding on the island.

The company has raised £8.3min equity and £3.1m in grants to fund the build of the distillery, with investors hailing from Europe, the US and the Far East. As part of the funding, Bakewell secured a £1.5m investment from the Scottish Investment Bank, £1.9m in public funding from the Scottish Government’s Food Processing, Marketing and Co-operation scheme and £1.3m from Highlands and Islands Enterprise.

Bakewell said: ‘It is on this special island that conditions prevail for the production and maturation of a unique and exceedingly fine malt whisky.

‘As if that was not enough, we have every expectation that it should inspire creative initiatives – entrepreneurial, cultural and social – for the benefit of the island’s future, helping to retain those here and attract back those who left.’

While the Isle of Harris Distillers waits for its whisky – named the Hearach after the Gaelic term for a Harris inhabitant – to mature, the distillery will produce a Harris gin featuring sugar kelp among its botanicals, which will only be available to buy direct from the distillery.

The first release of the Hearach whisky can be reserved ahead of its release in 2019 for £400 per bottle, the cost of which includes a lifetime of complimentary distillery tours and a name-engraved stave displayed in the distillery warehouse.

The company claims Harris’ cool, humid climate will have a ‘unique’ effect on the whisky, helping to develop complex flavours from the barrel.