Two new Scotch whisky distilleries planned for the western Highlands and Perth & Kinross are to benefit from nearly £1m in funding announced by the Scottish Government. 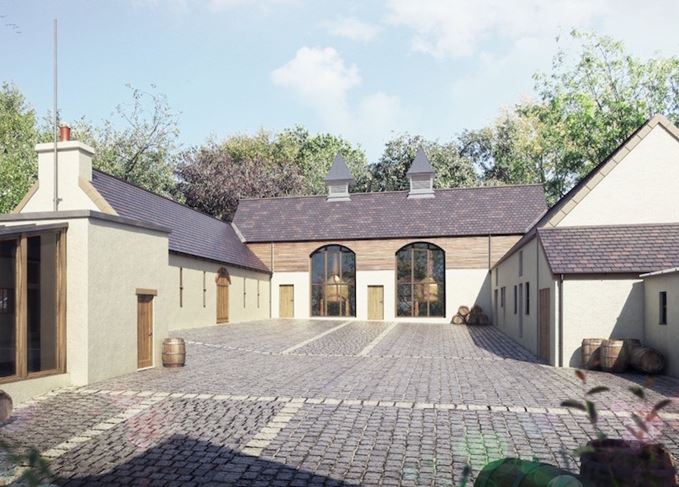 New venture: the planned Drimnin distillery will use the estate's historic farm buildings.

Drimnin distillery on the Morvern peninsula will receive up to £513,322 in the latest round of grants under the Food Processing, Marketing and Co-operation (FPMC) scheme, with a planned venture for a site near Perth from KIC Holdings/Morrison & MacKay set to gain up to £433,689.

Plans are already well advanced for a new single malt whisky distillery on the remote Drimnin Estate, located at the end of an 11-mile single-track road close to the small community of Lochaline.

The plant, to be located in the historic farm buildings adjacent to Drimnin House, will use renewable energy from wood chip harvested in the estate forests.

The new distillery plans to offer tours to visitors arriving by road, by yacht or by ferry from Mull, including lunch in the converted greenhouse, with ‘spectacular’ views over Tobermory and Mull and out into the Atlantic.

The Morrison & MacKay distillery is planned for the small village of Aberargie, just south of Perth, and will reportedly use barley grown on the company’s own land, as well as that produced by other local farms.

Morrison & MacKay, founded in 2014, owns a number of whisky and liqueur brands, including the recently revived Old Perth label, and Carn Mor.

The Morrison family were once owners of the Bowmore, Auchentoshan and Glen Garioch distilleries, which were acquired by Japanese drinks giant Suntory in the 1994 takeover of Morrison Bowmore.