Does Scotch whisky need a change of image?

Scotch whisky has a wealth of heritage and tradition, but new audiences and consumers are always demanding something fresh and exciting. So is it time for Scotch whisky to change its image to satisfy an evolving global market – or should it stick to what made it so successful in the first place? Tom Bruce-Gardyne mediates the argument. 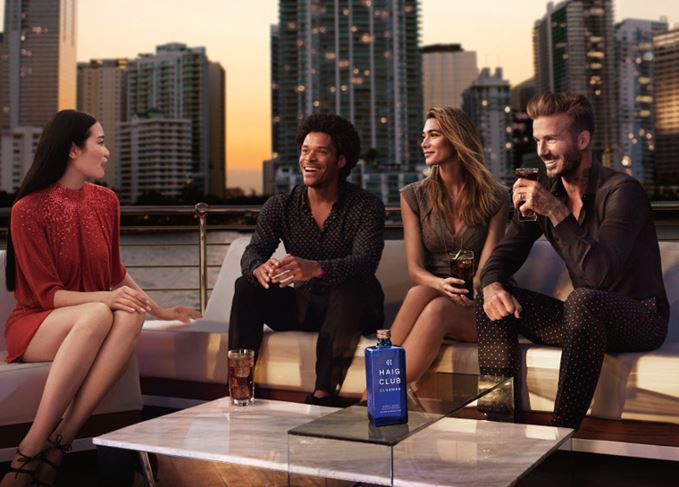 At the production end of Scotch whisky, they have mixed views about marketing folk with their talk of ‘reaching out’, ‘touching base’ and ‘shifting paradigms’. Scotch is a robust, earthy spirit and not something odourless, colourless and tasteless like vodka, where style is bound to trump substance. The trouble is style, or image, matters when persuading people to buy into your brand. Production is easy – it is the selling that is the hard part, as many a new craft distiller is discovering.

In terms of image, Scotch once embraced its homeland to almost comic effect, if you think back to those early whisky ads, but then as it grew into a global spirit its brands became more concerned with lifestyle than provenance. Thanks to the boom in vodka, it suffered something of an existential wobble in the latter part of the 20th century, but has managed to bounce back.

The industry ploughs millions into marketing its brands but to what effect on Scotch whisky’s overall image, wonders Elliot Wilson of The Cabinet – who helped develop Diageo’s Whisky Union project. In the States, sales of blended Scotch are down by an eighth since 2006, while whiskeys like Jack Daniel’s and Jameson’s are on a roll almost everywhere. So is it time to dust down that image?

Looking at the Scotch whisky market today, you could easily argue (wrongly, in my view) that our favourite tipple is in rude health. High demand, fair pricing, new markets opening up, strong regulatory protection… why would you possibly worry about such frippery as ‘image’? Image is a very ethereal concept but one that the whisky industry has allowed to evolve – without much thought, over many decades – until Scotch became viewed as staid and conservative.

Despite the tens of millions of pounds blown by the big players in the industry to try and change this image, it appears to have had little effect. Many people, particularly the young adults that Scotch needs to recruit to survive long-term, seem blissfully unaware that it’s not just a drink for their father’s father, or that it can be enjoyed all year round, on any occasion.

Research shows us that the image of Scotch from the perspective of a younger audience (if they think about it at all) is of a traditional, stuffy and often boring drink that is only brought out on special occasions. While this was not always the case in certain markets, such as Spain and Latin America, other more exciting spirits have leapfrogged Scotch to grab people’s attention and appreciation over the past decade. Gin, Tequila, rum, bitters, American whiskey, Irish whiskey, Japanese whisky and – dare I even say – flavoured whisky: the list goes on.

If all this is true, how can a change of image help Scotch to become the ‘go-to’ spirit for young and old drinkers alike? And if so, where should it look for inspiration? I believe the secret lies in three places. First: younger consumers – what do they want and how do they want it? Second: technology – the industry needs to explore new channels and new ways of connecting with its various audiences. Finally (and most importantly): truth – identify what makes Scotch whisky so special, and then present it in a fresh and exciting way that reflects modern society.

As I said at the start, the Scotch whisky industry is not broken, but it would be foolish to think, when looking around at its competitors, that it is in its rightful place leading the pack as the ‘King of Spirits’. To reclaim this crown, its image must change.

Scotch is a broad category, so let’s break it down and start with single malts which have been doing phenomenally well for a number of years now. You could argue they are doing so because of their authenticity, provenance, heritage and history, while the packaging, branding and labelling have all premiumised over the last few years, such that the products look fantastic on the shelf.

If the sales figures are anything to go by, the image of single malts appears to be in a very strong place. Indeed it would be hard to argue they have an image problem anywhere, given their success globally. You could make the case that single malt whisky remains very much the world’s premium spirit to aspire to.

Moving over to blends, I think you could argue that in certain markets blended whisky does have an image problem. But in other parts of the world, like Asia, the category continues to do well and is still very much communicating to a younger audience. I’d say there are a number of brands that probably do need some tweaks to their image here and there, and the industry is aware of that. At the same time, you want to maintain the core values of your brand.

We are working in an industry with strict rules, but I think it still leaves room for innovation. Other spirits may be less constrained, but (and call me a traditionalist) I don’t think our regulations are a bad thing. The fact that we’re very clear about our positioning globally has always been of benefit, and I don’t think we should be scared of sticking to what we’ve always done, while keeping an eye on today’s consumer.

So overall I don’t believe Scotch whisky has an image problem. In addition, the industry is now very much geared to ensuring people enjoy their whisky the way they want to, and this shows how the image of Scotch has progressed. We’re just as open to mixers and cocktails as our Irish, American and Japanese cousins. There are many Scotch whiskies that sit just as comfortably in top cocktail bars as many of our competitors. Added to which, the retro trend among bartenders plays to the traditional image of Scotch.

Iain Weir favours evolution over revolution, and believes Scotch whisky’s image has evolved with the times. He feels brand owners should hold their nerve because what goes around comes around. Way back in time, vodka sold itself as white whisky, while many years later J&B repaid the complement with its almost clear -6Cº expression that failed to catch on. Today’s blends have been flirting with Americana, from Johnnie Walker’s ‘rye cask finish’ to Dewar’s ‘scratched cask’, though you wonder how many Bourbon drinkers will really be seduced.

The image of blended Scotch has not been helped by the ascent of single malts, and maybe that’s partly the industry’s fault and partly the fault of folk like me – whose whisky books are malt-centric, to put it mildly. Then again, it all depends where you are. Pop into a Scottish supermarket and the same old blends are being flogged to the same old silvery-haired men. Fly to Mexico, and Scotch is unbelievably vibrant and sexy – so you can’t really generalise about something as ephemeral as image.