Is honey-flavoured Scotch an atrocity?

Flavoured spirits are all the rage, from cinnamon Bourbons to spiced rums. Should Scotch get involved or stay on the sidelines? Tom Bruce-Gardyne asks what's so funny about whisky and honey. 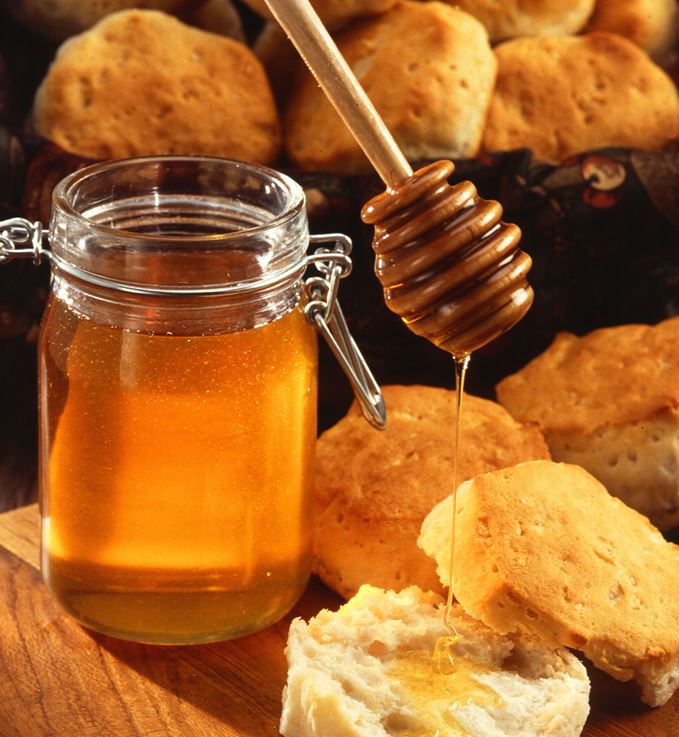 Once upon a time, men were expected to grasp the nettle of whisky in its raw, uncompromising state, and gradually learn to appreciate something that put hairs on their chest. Today, such a male rite of passage sounds positively primeval, and distillers from Cork to Kentucky have been sweetening the blow with a spoonful of honey. Today, led by Jack Daniel’s Tennessee Honey, so-called ‘flavoured whiskeys’ are booming in the US, where some claim they have now overtaken Scotch whisky.

Scots have been sticking honey into hot toddies long before the invention of Lemsip, and if you go back far enough it was used along with herbs and plants to make the fiery, unaged spirit in some way palatable. But no-one bottles it as Scotch whisky today because additives are strictly verboten. The only exception is spirit caramel to adjust colour – and that’s controversial enough.

Two years ago, Bacardi provoked a stushie within the industry by unleashing Dewar’s Highlander Honey. Described as ‘blended Scotch whisky infused with natural flavors’ on the front label, it admitted to being a ‘spirit drink’ on the back. Since then we have had J&B Urban Honey, William Lawson Spiced and various ‘flavoured whiskies’ from The Famous Grouse. Is it all just healthy innovation … or short-term opportunism? Should Scotch desist and stay pure or get its paws in the honey pot?

In short, whisky and honey: is it such a big deal?

‘If you want to put honey in your whisky and it tastes nice, and it makes sense for your brand and captures your consumers’ imagination, and they want to buy it over and over again … then why shouldn’t you be able to do that? Particularly if you go back in history. As we know, people have been flavouring malt spirit off the still for hundreds of years, even before putting it in wood. So there is a precedent, and who are we to say at the beginning of the 21st century that you shouldn’t be able to add flavouring to Scotch whisky? It should be a business decision for the brand owner, and some might work and some might not.

‘As for the argument that it’ll be honey today and bubble-gum tomorrow, maybe it will. But if one or two rogue brands decide to do a bubble-gum-flavoured Scotch whisky and they fail, I’m not worried that it will bring down the whole category. And if they were massively successful – could that expand the relevance of whisky among consumers? Perhaps bubble-gum is not the best example and honey’s a more natural fit, but has it hurt those Bourbon whiskies that have got involved? It seems to me honey’s been quite good, at least for the bottom line.

‘Personally I don’t really believe in the recruitment model of a lot of big whisky companies – that you can bring people in on honey and they’re going to end up buying rare, old, limited editions. I don’t think it’s quite that simple. If you like sweet, honey-flavoured drinks you’re unlikely to step very far outside that within Scotch before you’ll be saying: “Where’s my honey!?”

‘So, in conclusion, we shouldn’t be too uptight, and I don’t think it’s a slippery slope. I think everybody just needs to relax and try new things. Plus I’m puzzled how anyone in the industry can say you shouldn’t be allowed to put honey in whisky, while at the same time their marketing guys are out there trying to get bars to use their brands in cocktails. How do you square that one?’

‘I’m aware it might sound hypocritical to poo-poo spirit drinks when we are contract bottling some for others, and may well introduce our own variant one day. I also understand how they can potentially bring new consumers into the category. Scotch whisky liqueurs have been doing that for decades and, in the case of Drambuie, allegedly since 1745.

‘But when Dewar’s Highlander Honey came out two years ago, the spirit drink sector was firmly established. The Scotch Whisky Association has spent a considerable amount of time putting in rules and regulations around the distillation, maturation and bottling of Scotch whisky. And as an industry I think we owe it to ourselves and the future health of the sector to act responsibly when introducing new drinks under the brand name of an established Scotch whisky.

‘The big issue that we’re all concerned about is that these new, innovative drinks which, by definition, have to be labelled “spirit drinks” or “liqueurs” should not be promoted as Scotch whisky. Technically they should be merchandised in an area away from Scotch on the shelves, but of course we’re unable to ensure that.

‘It is awkward. As an industry we don’t wish to stifle innovation, but equally we don’t wish to damage in any way the premium reputation of Scotch whisky. I get the marketing argument from brand owners who say their job is to give consumers what they want, and therefore bending Scotch into Scotch whisky-based flavoured spirit drinks is just doing what every other category’s done. There are flavoured Tequilas, vodkas, gins, Bourbons … do we want to be the last one standing? But I’m still nervous, and heaven forbid if we indulge in it for single malts.’

Perhaps it’s not surprising that an American-born whisky entrepreneur like John Glaser takes the free market, libertarian view of honeyed whisky, while Leonard Russell, a third-generation Scotch distiller, makes the case for tradition.

Scotch whisky is perceived as a traditional spirit, which has always been both its greatest strength and its biggest weakness. It doesn’t have the freedom to embrace every passing trend, though considering the recent lunatic fringe of vodka flavours, that may be a blessing?

Then again, perhaps it’s just the Americans who benefit from Scottish self-denial, as they watch the flow of honeyed whiskey out and the equally sweet flow of dollars back in. All in all, it’s a sticky old dilemma for Scotch.