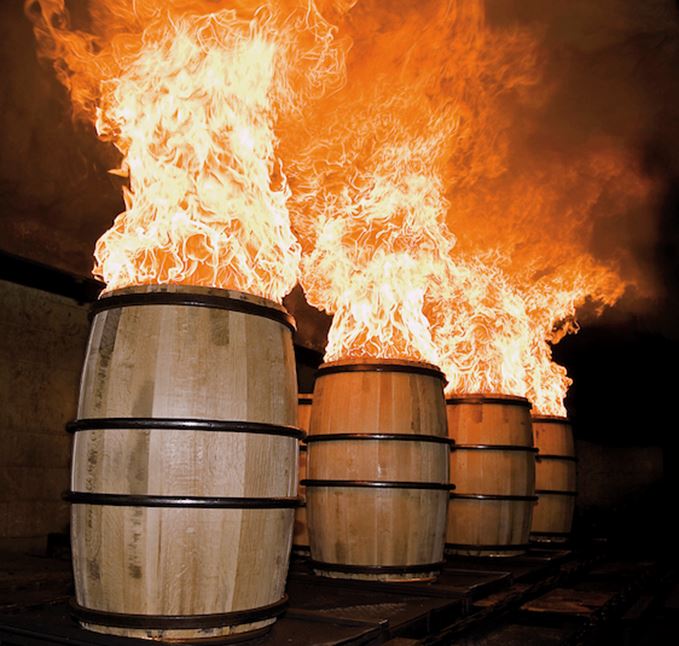 More and more frequently today, you come across single malts finished in ‘new oak’ or ‘virgin oak’. It’s a process which challenges tradition as whisky has always been believed to mature better in previously used casks – and thus new oak was banned by distilleries until recently.

The finish (or the occasional full maturation) in virgin casks imparts more oak and an extra vanilla sweetness, especially to young whiskies. But isn’t there a risk that it will lead to a ‘Parkerisation’ of whisky, as happened in wine? (The powerful wine critic Robert Parker is said to have influenced winemakers to produce richer, riper wines through the new oak and other techniques.)

Some wonder whether this new practice is not just a way to make up for the shortage of casks as Bourbon distilleries start reusing them for maturing whiskey (not Bourbon). However, virgin oak casks are very expensive.

NAS (non age statement) whisky – which implies the bottling of younger whiskies – is becoming a serious trend. Virgin oak maturation can be the quickest and easiest way of giving ‘maturity’ to a youngster.

So let’s pose the question: Scotch whisky and virgin oak – is it an abomination?

‘I haven’t seen many whiskies that were fully matured in virgin oak (or, for that matter, rejuvenated oak); rather, quick finishings, even if some new whiskies aren’t advertised as such.

‘A few have been more or less to my liking, but in general, I have the feeling that the process is the equivalent of using oak chips for wine. What’s next? Thermofinishing? Flash treatments? Boisé-soaked casks? You feel it on the palate: vanilla, sweet ginger and coconut tend to dominate, with a sweetness that may be appealing to the novice but that, in my opinion, tends to make all whiskies taste more or less the same.

‘I understand that virgin oak or similar methods add texture and “apparent maturity” to very young whiskies (usually sold as NAS) or older whiskies that reached their official age in inactive casks, and I know that innovation ought to be cool – (but is it innovation when everybody does the same?) – but I’m afraid those processes may make whisky lose its soul, while a large part of that soul comes from time, not from “legal aromatisation”.

‘Malt Scotch shouldn’t be like most rums or entry-level Cognacs. But I’d bet that what happens with wine these days will happen with whisky too: drinkers will favour spirit-and-time-driven whiskies over oak-driven ones again.

“And the industry will be happy to oblige as soon as the stocks of perfectly matured malts will be replenished. And then the old Scots will be right again, they who always claimed – after having tried numerous times – that Scotch malt whisky and new oak just don’t tango.

‘Now, what to do with the massive stocks of young, immature malt whisky that couldn’t even be used in blends since those aren’t selling very well these days? I guess “wait” isn’t quite the answer the industry is ready to consider…’

‘It is widely understood that the oak barrel is arguably the most influential factor on the character of a fully matured whisky, particularly if the spirit has lain in the barrel for at least 10 years.

‘Clearly, the degree of influence will depend on how many times previously the barrel has been filled, and the commonly accepted practice for Scotch whisky is to use barrels which have been seasoned at least once previously with another wine or spirit to remove the woodiness from the final flavour.

‘My own particular very strong preference is to use American oak ex-Bourbon barrels which will always have been filled only once previously; this type of barrel imparts a very attractive, but very gentle range of flavours to the Scotch spirit over a period of long, slow maturation in cool warehouses.

‘However, I am also a fan of occasionally using new, virgin oak for my maturation. Great care must be taken when doing this, as the onslaught of flavours from the new toasted or charred oak can sometimes overwhelm the rest of the blended complex, resulting in a one-dimensional-tasting whisky.

‘However, if used judiciously, in my opinion virgin oak can contribute some rather interesting flavours to the final product, and I currently have a number of products in my whisky ranges which include an element of virgin oak-matured/finished whisky in the final recipe.

‘Under certain circumstances, a full maturation in virgin oak can overwhelm a whisky, but even then, if used in a particular way this can result in an interesting product (for example, Glenmorangie Ealanta, which won World Whisky of the Year in 2014).

‘The use of virgin oak is unlikely to ever surpass the tried and trusted technique of using ex-Bourbon or ex-Sherry casks, but if kept under control, it adds an interesting dimension to the overall barrel types available to a Scotch whisky distiller.’

Vanilla is certainly a star aroma in whiskies at the moment, but virgin oak is not the only vector to impart sweetness – first fill Bourbon casks already play the trick. An idea underlies both opinions: subtlety. If cautiously used, virgin oak will be an interesting enhancer. But it all depends on the art of the blender.