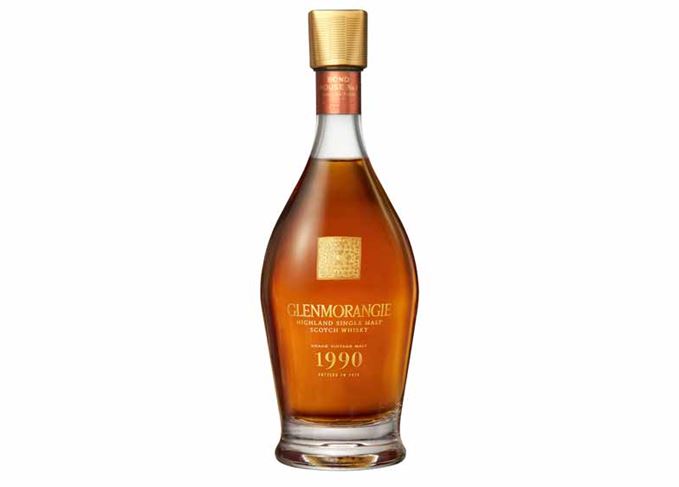 Year of change: The new vintage malt marks the doubling of production at Glenmorangie

The range takes its name from Warehouse No 1, the largest of the Highland distillery’s 19th-century bonded warehouses, transformed into a still house when Glenmorangie expanded production in 1990.

Glenmorangie Grand Vintage Malt 1990 commemorates this landmark, but also the troublesome barley harvest of 1989, which proved hard to process during milling and mashing for whisky makers the following year. Many distilleries fell short of their production targets as a result.

‘Even today, few can explain how a spirit so delicious could emerge from a barley crop of such challenges,’ said Dr Bill Lumsden, Glenmorangie’s director of distilling, whisky creation and whisky stocks.

Matured in a mix of ex-Bourbon and ex-Sherry casks, Glenmorangie Grand Vintage Malt 1990 is bottled at 43% abv and is priced at £495.

Warehouse No 1 was the largest of the bonded warehouses built at Glenmorangie during the 19th century and was unusually tall, with three storeys. Its conversion into the distillery’s still house in 1990 coincided with a doubling in production to eight stills (there are now 12).

The former still house, in operation since the rebuilding of Glenmorangie in 1877, now houses the distillery visitor centre’s museum.