Lagavulin 1991 raises over £8k for charity

The first bottle of Lagavulin’s 1991 anniversary single cask release has sold at auction for £7,300 – nearly five times more than its suggested retail price. 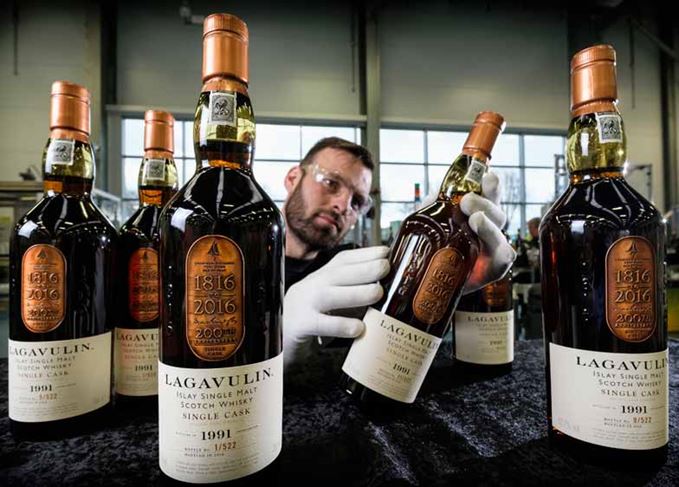 Number one: Lagavulin 1991 celebrates 200 years of the Islay distillery

Bottle number one was put up for auction online at Whisky.Auction, and received a winning bid of £7,300. Lagavulin owner Diageo donated the entire proceeds to Islay Heritage, which combined with the donation from Whisky.Auction’s buyer’s commission brings the total raised from the sale to £8,395.

Crawford wrote: ‘Our distillery character shines in this whisky and, as distillery manager and an Ileach, I am proud and grateful that the auction of this bottle is helping Islay Heritage to tell the story of this remarkable island we call home.’

The remaining bottles – bar one donated to the Diageo archives and another to project partner The Whisky Exchange – were sold through a ballot run by The Whisky Exchange, which received entries from more than 7,000 whisky enthusiasts from 74 countries.

More than £500,000 was raised from the release, which will be shared between seven Islay initiatives to promote the island and its communities.