What exactly is 'craft' whisky? When the biggest Scotch brand on the planet lays claim to it, hasn’t the term become essentially meaningless? Absolutely, says Tim Forbes – so it’s time to ban the word altogether. 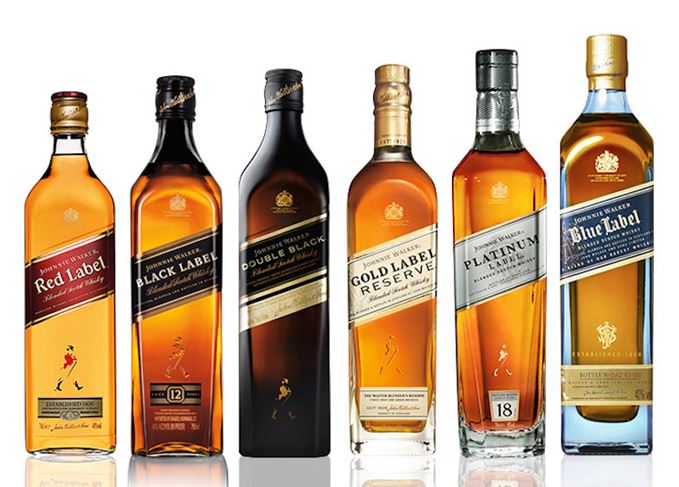 Global powerhouse: Can the Johnnie Walker behemoth really be described as a 'craft' whisky?

Diageo’s hilariously absurd recent declaration that Johnnie Walker is the largest 'craft' whisky in the world will hopefully be the final nail in the coffin of the great 'craft' schemozzle. For the last decade or so, this relatively innocent word has been a gift to lazy whisky marketeers, with its fuzzy definition perfect for all manner of misuse and/or abuse.

It's easy to see why craft became whisky’s go-to adjective. It smacks of tradition, heritage, artisanal skill, passion – in fact, all those other words you need for whisky press release bingo.

'Craft' is all-encompassing: it can mean whatever its user wants it to mean. But the reality is that 'craft' has been horrendously over-used and is now so ubiquitous as to be essentially meaningless.

This is a sad situation. One instinctively feels that 'real' craft whisky (or beer) is something that should be applauded and aspired towards. For me, the real essence of craft is a strict dedication to doing things in the way that produces a better product, ignoring efficiency and expense.

Quality is paramount – there is a bloody-mindedness inherent in my idea of craft, whereby the practitioners may well be ignoring technological advances and incurring unnecessary costs in the pursuit of performing their process in what they believe to be the 'right' way.

Invariably, this is to the detriment of their bottom line and has the consequence of producing a more expensive product that will, in almost all cases, be indistinguishable to most consumers from the cheaper, more efficiently-produced alternatives on the shelves.

That is certainly not what Diageo means when it proclaims Johnnie Walker to be a craft whisky, but that just proves my point about the nebulous nature of the term. It means whatever the author intends it to mean.

Peak craft?: Does the Whiskey Union concept mean we have reached the point of no return?

You can see why that needed its own term. But no real definition was ever agreed upon. Thus 'craft' became stretched – how small could the producer be? How good did their product have to be? Which 'traditions' in the process are important and which aren’t?

If you’re not doing your own floor-malting, are you 'craft'? How about if you use distiller’s yeast – is that ok? If a craft producer is bought by a ginormous multi-national, but continues to do things the same way, is it still 'craft'?

Personally, I feel craft is more dependent on ethos than hectolitres per annum. If a company is producing its spirit in the best way it can, regardless of cost, to me it doesn’t matter how big it is or how much product it’s making.

In the same way, just being a small producer does not automatically confer craft status in my eyes. A bunch of chancers making crap beer in a shed, or distilling poteen in a murky wood, cannot automatically be better or more 'craft' than a no-expense-spared halo project from a big brewer or distiller.

It’s clear, though, that Diageo has jumped the shark with the Johnnie Walker 'craft' gaffe. There’s also been a frank admission of the fundamental strategic role that the rather weird new Whiskey Union initiative represents – it would seem that the company’s main strategy to revive the flagging Scotch category now boils down to frantically throwing money at as many peculiar Scotch-based products with names like Goaty Smoke and Harey Box as it can find, in the desperate hope of a 'craft' hit.

In other words, we have reached the point of no return – Peak Craft, if you must – and the time is surely right for a moratorium. A simple ban on the use of this much-maligned term for a period of not less than two years would be a shot in the arm for those of us who are compelled to read whisky press releases on a daily basis.

It could really shake some of the cynicism prevalent in whisky circles and might even force a few of the most criminally lazy marketeers in the industry to think of new ways of earning their crust. Surely that’s something we should all be rooting for?