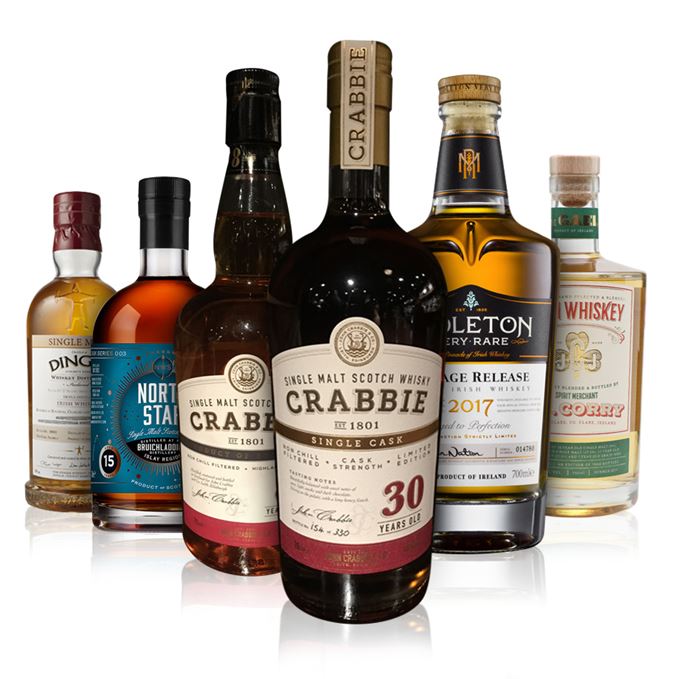 We’re mixing it up again this week, featuring a trio of new Irish whiskeys along with the return of an old name to Scotch, plus an independent bottling of Islay single malt Bruichladdich.

And it’s Bruichladdich where we start, and a North Star Spirits bottling of a 15-year-old malt which, according to Dave Broom, offers instant gratification for lovers of cask-driven flavours.

Thence to Ireland, where Richard Woodard takes over tasting duties with JJ Corry The Gael, a blended whiskey that is the inaugural release from The Chapel Gate Irish Whiskey Co, claimed as Ireland’s only modern whiskey bonder.

A carefully assembled blend of one grain and three single malt components, it’s a delicate, fruity whiskey – but one that impresses with its understated power and complexity.

Back to Scotland, and the revival of the Crabbie name in Scotch whisky terms, ahead of the planned opening of its single malt distillery in Edinburgh later this year.

Two single malts herald the return of the historic business: an eight-year-old from an unnamed Highland distillery that merits a ‘welcome back!’ from Broom for its approachability and length; and a 30-year-old, lightly peated single cask Speyside that gets glowing praise from Becky Paskin.

We close this week with two more Irish whiskeys. First up is the second batch release of Dingle’s single malt, which for all its lively youthfulness wins Broom over and is ‘precociously impressive’.

Last – but certainly not least – is one of the elder statesmen of modern Irish whiskey, Midleton Very Rare. This annual release, now in its 34th year, remains a masterclass in the fine art of blending: ‘Balanced, complex and satisfying.’