A lost distillery that operated somewhere on Aberdeen’s northern edge in the late 18th century.

The distillery was probably located near the Old Bridge of Balgownie, this being the only crossing of the Don near Aberdeen until the new Bridge of Don was built 500 metres downstream in 1830. Basic OS coordinates place it on the south bank, but it may alternatively have sat on the north bank in Balgownie. 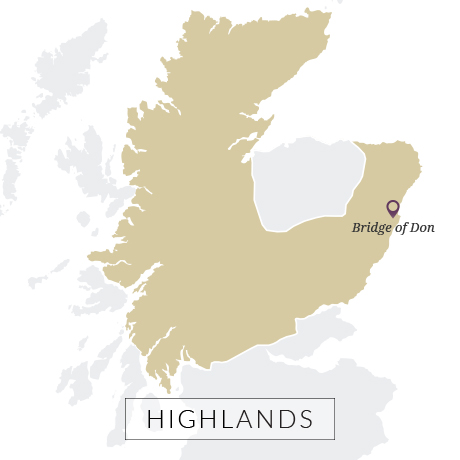 Bridge of Don distillery opened in 1794 under an unnamed distiller who was bankrupted the following year.

It reopened in 1798 under Easton and Fraser but the partnership dissolved just months later, leaving John Easton to run Bridge of Don single-handed.

He made a good run of it, keeping the distillery operational for a further 20 years, but was eventually sequestrated in 1820, forcing Bridge of Don to close.