This is an old distillery which for many years was self-sufficient in malt. In fact, the maltings, sadly now disused, dwarf the production facility. That malted barley would have been dried with peat from Pitsligo, giving Glen Garioch its distinctive reek.

Although the layout inside Glen Garioch is typical of a centuries-old site, with small rooms being added on and converted into use as production increased, it contains relatively modern kit. The mash tun, squeezed inside a tiny chamber, has a lauter system; the washbacks, in another tight room nearby, are stainless steel. The stillhouse with a panoramic window facing the road has three stills, but only one pair is used.

Ferments are short, giving a deep cereal and spice note to the new spirit which also has a distinctive waxy, tallow-like, character. When mature, the heaviness changes into a thick, fat texture, allowing honeyed fruits and heather to emerge.

It has been unpeated since the 1990s, but in recent years, small batches of smoky barley have once again been run. 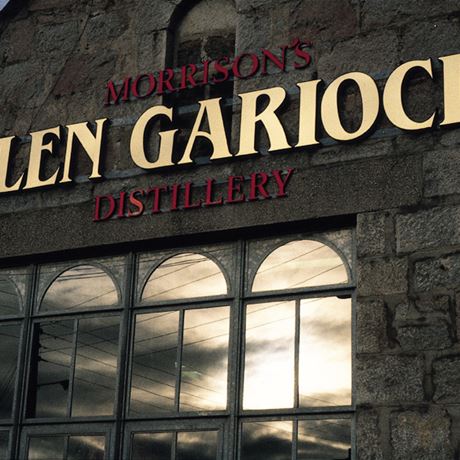 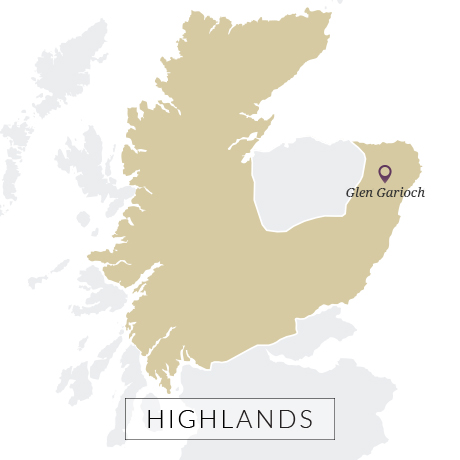 Although the date of Glen Garioch is officially given as being 1797, there are claims (still to be substantiated) of it producing legally at an even earlier date, a claim which if proved true would make this Oldmeldrum plant the oldest distillery in Scotland. It would make sense that there was whisky being distilled in The Garioch – a fertile part of Aberdeenshire long given over to arable farming.

Whatever the date of its formation, Glen Garioch survived when other eastern distilleries foundered. This was initially thanks to its ownership by blenders J.F. Thompson of Leith in 1884. William Sanderson of Vat 69 (at that point one of the top-selling blends in the world) became a partner in 1886 and took full control in 1908.

Sanderson owned it outright until 1935 when it joined with Booth’s [Royal Brackla, Millburn, Stromness] and then two years later, following a merger, into DCL. It continued in production until 1968 when it and Brora were considered as the sites which could produce heavily-peated whisky for DCL’s blending requirements. Glen Garioch had always struggled for water and it was felt that this would impact on an increase in production. DCL’s response to this was to close Glen Garioch, and re-open Brora.

Two years later, the Glasgow broker Stanley P. Morrison [Bowmore, Auchentoshan] bought it. The firm brought in a local water diviner who found a new source and production not only restarted, but increased.

Morrison’s brought in the same design of heat recovery system it had installed at Bowmore. In that distillery waster heat warmed the water of the town’s swimming pool. At Glen Garioch, it heated two acres of greenhouses where tomatoes were grown.

Heavily peated malt was produced until 1995 when the distillery closed once more. Thankfully it opened again two years later, though by now the peat had gone (as had the distillery’s own maltings) as a different style was being made.

Today it is a member of the Beam Suntory stable, with all of its production going to single malt.