One of the oldest distilleries within Speyside, Glenfarclas is also one of the few plants to have retained stills which are heated with direct fire, believing that it adds weight to the distillate.

A resolute adherence to maturation in ex-Sherry casks helps to produce a whisky which is rich, resonant and capable of extremely long ageing, itself aided by a somewhat cool microclimate which limits evaporation losses to 0.05% per annum (against an industry average of 2.5). 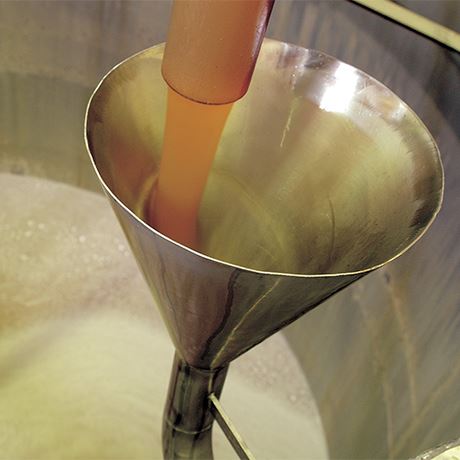 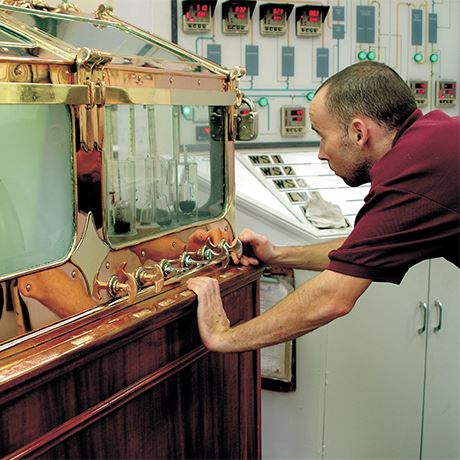 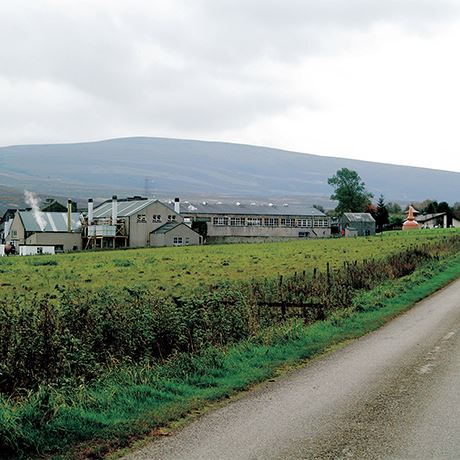 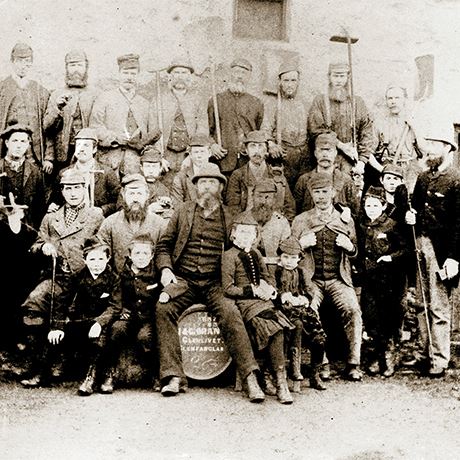 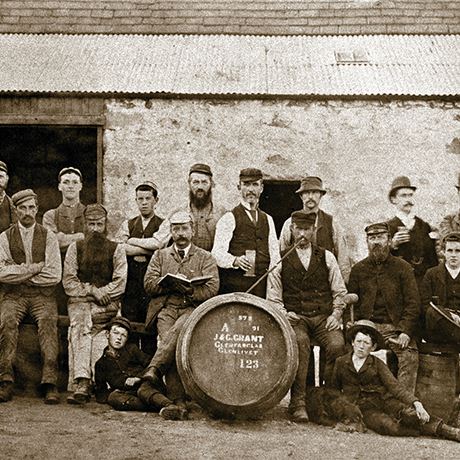 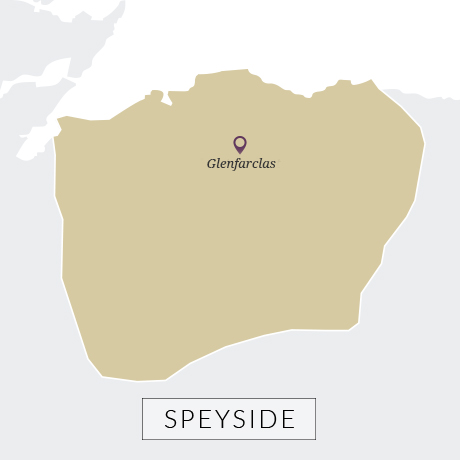 Glenfarclas means ‘valley of the green grass’, an indication of the richness of the pasture land which surrounds the distillery. Indeed, the distillery farm ran from the late 1790s until 1988. Like so many of the oldest sites, the farm buildings would have been pressed into service as a site for illicit distillation prior to the 1823 Excise Act. It took a further 13 years for original owner Robert Hay to take out a licence. When Hay died in 1865 his neighbour John Grant bought the distillery for £512. It has remained in his family’s hands ever since.

This continuity has allowed Glenfarclas to still reflect an older way of making whisky, but this willingness to retain tradition is not down to a romantic belief in the past. Glenfarclas is nothing if not a successful business.

As George Grant, sixth generation of the family says: “We have lived through 22 recessions. We make what we can afford to make, and never borrow money to make it.” During the 1980s, as the industry was cutting back on production, Glenfarclas’ was increasing. When an upturn in the market came eventually, it had the stock to sell. A balance between supplying stock for third-party blends and retention of a significant percentage for single malt bottlings has also resulted in Glenfarclas having more significant volumes of aged stocks than most distilleries. An aversion to independent bottlers using the distillery name on their (rare) offerings has also helped maintain a strong brand identity.

The retention of direct fire was done for quality reasons, not to please tourists or malt maniacs. Steam had in fact been tried in 1981, but the conclusion was that the guts went out of the new make spirit, and so direct fire went back in. After all, you need a rich distillate to be able to cope with the tannic structure and rich fruits of ex-Sherry casks.

Today, all the wood is sourced from Jerez cooper Miguel Martin and is a mix of butts and hogsheads, all ex-oloroso and made from European oak. The core range is aged in a mix of first-fill and refill. Tradition doesn’t mean a lack of innovation. Given the depth of stock, the most comprehensive of a single distillery in Scotland, in 2007 the firm released ‘The Family Casks’ – vintage releases from every year between 1952 and 1998. Today, the starting point of the range is 1954, which is no mean achievement.

Glenfarclas also claims to have pioneered the cask-strength bottling, when it launched its 105˚ in 1968, and was one of the first distilleries to open its doors to visitors (in 1973). This, and a long-term belief in single malt (rather than only selling fillings for blends) is now paying off.

In recent years an export-led strategy has seen it expand globally. It now sells in excess of 700,000 bottles annually – and at very keen prices. Glenfarclas, even at 30 years of age, represents some of the best value whisky around. The quality speaks for itself. 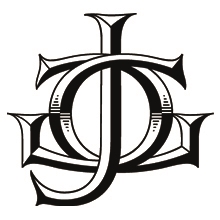