Located close to the Spey at Ballindalloch, Cragganmore is noted for its complexity. 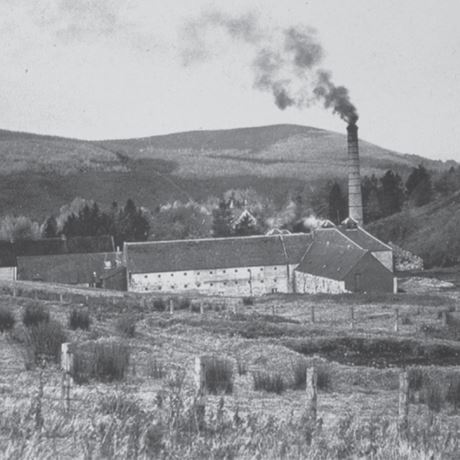 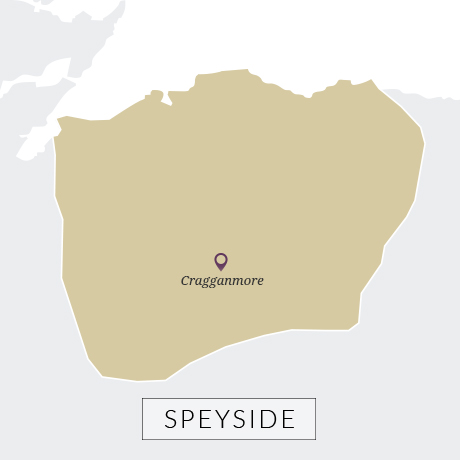 The story of Cragganmore is that of one of Scotch whisky’s greatest pioneers, John Smith. Some believe he was the illegitimate son of George Smith of Minmore and whether true or not it cannot be doubted that he was an experienced distiller who had spent time managing The Glenlivet, Dailuaine, Macallan, Wishaw and, briefly, as leaseholder at neighbouring Glenfarclas.

He chose the riverside site at Ballindalloch in 1869 for a number of reasons: spring water for process, Spey water for cooling and perhaps most significantly because the Strathspey Railway was going to run virtually outside the distillery's front door. This would allow Smith to get casks and coal up from the Lowlands and ship his new make rapidly to the blending houses.

If location showed his skill as a businessman you only have to enter the stillhouse to see evidence of his talent as a distiller. The two wash stills are large but with very acutely-angled lyne arms which descend into worm tubs. The spirit stills are small with flat tops and a long, gently angled lyne arm sticking out of the side of the still. They too end up in worms. It is the latter pair – the only such type in Scotland – which help to generate the make’s complexity. Cragganmore was one of the few single malts to be classed as A1 by blenders.

Today it is owned by Diageo and was one of the original ‘Classic Malts’ although its importance as a contributor to blends means that a significant percentage is still used for fillings. Strangely for such a complex malt it has never achieved the same status as some of its Speyside neighbours. Some put this down to the lack of volume available for single malt bottlings (even now it only has two regular expressions, a 12-year-old and a Distiller’s Edition finish), others feel that the label design is hard to read. Whatever the truth, it remains a somewhat hidden dram.