The old Glengyle buildings were no more than shells when the site was bought in 2000. Today, the interior of the main building has been filled by a modern, single level distillery designed by J&A Mitchell’s former production director Frank McHardy.

Glengyle’s semi-lauter mash tun gives clear wort (from barley malted next door at Springbank) which is fermented in boatskin larch washbacks before distillation in a pair of stills which were originally made for the Ben Wyvis distillery [see Invergordon] which neatly enough was where McHardy began his 50-plus year whisky career.

He tweaked the shape of the stills, rounding the shoulders of the base and also giving the lyne arms an upward slant. The style is therefore light and fragrant. A number of styles have been made with variations in peat and triple distillation all tried. 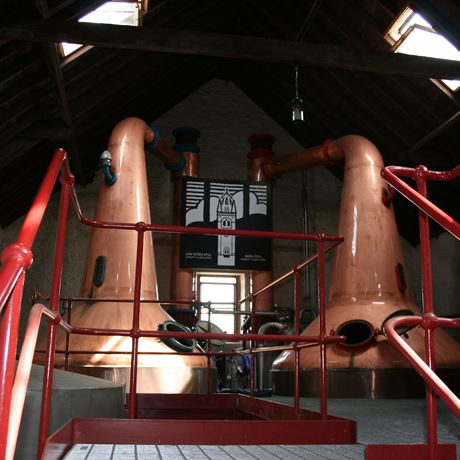 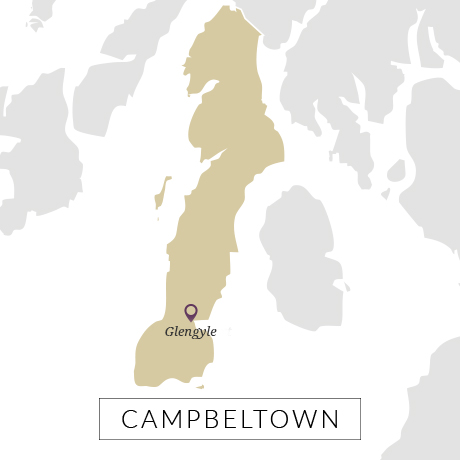 The Mitchell family was the dominant force in Campbeltown’s distilling community in the 19th century. By 1872, John and his son Alexander were running Springbank; John’s brothers Hugh, William and Archibald had founded Riechlachan, situated next door, while Archibald’s son, William, had just started his own distillery, Glengyle, which was next door again. He sold in 1919 to the short-lived, R&B-backed, consortium of Campbeltown distillers: West Highland Malt Distilleries [Ardlussa, Dalintober, Glen Nevis, Glen Scotia, Kinloch] but the venture failed and, in 1925, it was one of many Campbeltown plants to close down.

Perhaps surprisingly, there was still remaining stock in the 1940s when the distillery and the Glengyle brand name were bought by blenders Bloch Bros which had also bought Glen Scotia [see also Scapa]. There were plans mooted to reopen but they came to nothing and the plant became a rifle range, and feed store.

In 2000, however, J&A Mitchell [Springbank] bought the site and four years later Glengyle reopened. Because the Glengyle trademark had passed to Bloch Bros (and subsequent owners of Glen Scotia) the brand is called Kilkerran – the original name of Campbeltown. The first release was in 2007 and has been followed by annual ‘Works in Progress’. A 12-year-old is planned for 2016.